Skip to content
There’s no more connecting these shots than the fact that they were taken in Budapest, in April (though I have a slight suspicion the first might be from March).April is that time of year when you can’t trust the temperature much, so some were taken with my fingers frozen to the camera, and some in almost summery heat.
Quite a few were taken at night, since I always become a night owl, or in keeping with this year’s theme and my Transylvanian roots, a vampire, during Titanic film festival. There’s also a special one dedicated to József Attila on almost his birthday- for on the 11th I was already home for Easter. Which means there must be a shot of Keleti as well, bedecked in some evening crimson, looking damn fine still-it was taken minutes before I found out that, as usual, my night train would be catastrophically late. There’s even one taken in the rain, to celebrate the (in)famous April showers, though it ended up not looking like a rainy shot after all.
And there are also a couple of shots from one of my favourite Budapest streets, Reviczky, which is lined with some pretty trees doing their pretty tree stuff both in spring and autumn, first bursting into a splendidly scented flower frenzy then turning all rust and copper after summer. 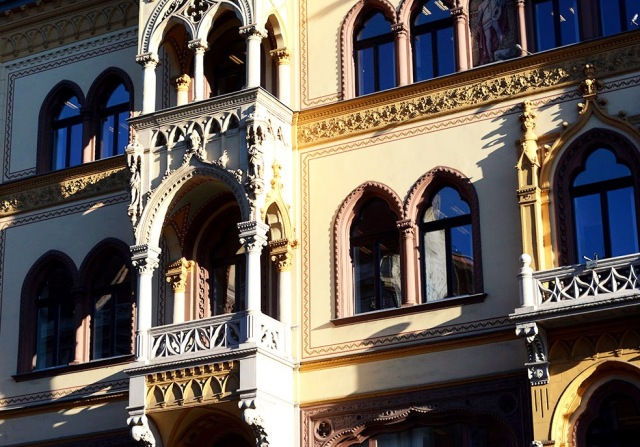 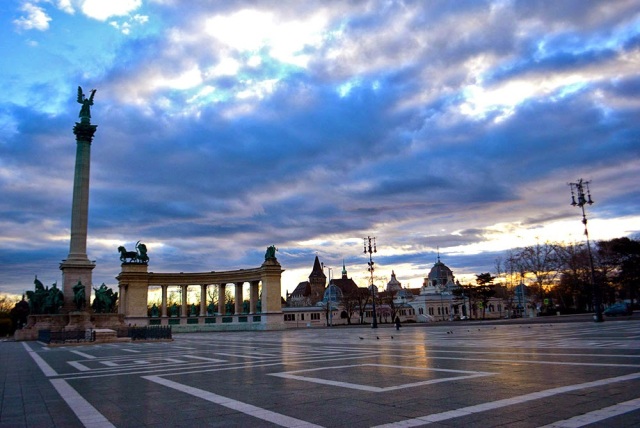 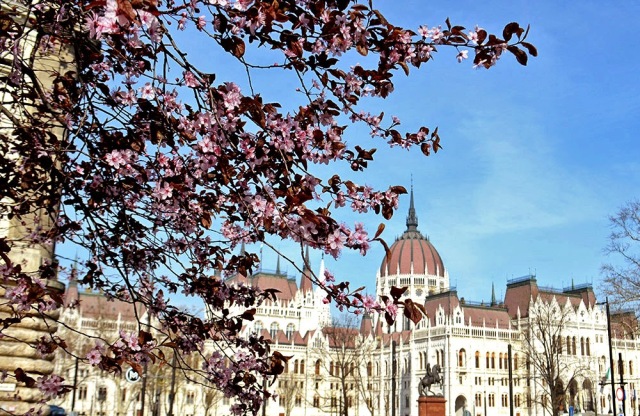 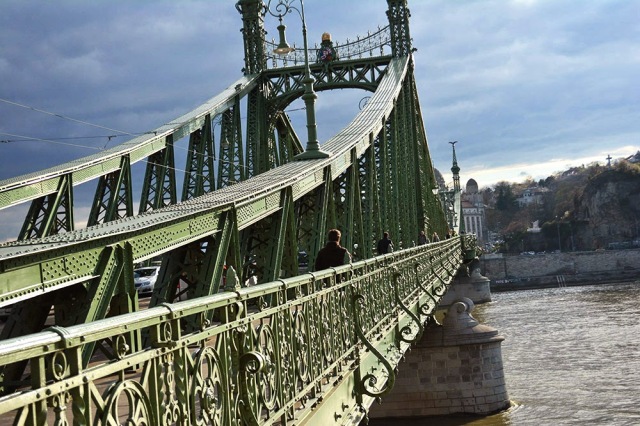 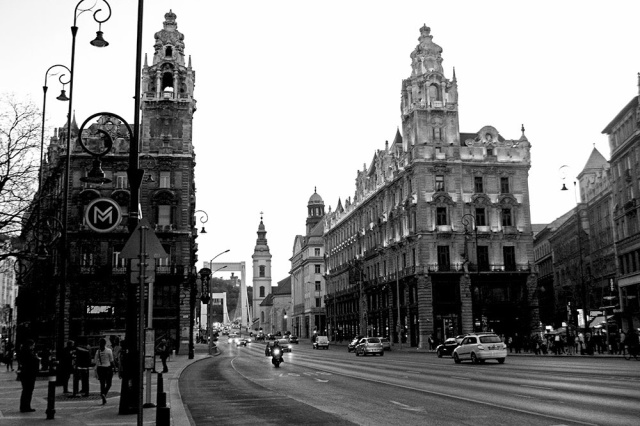 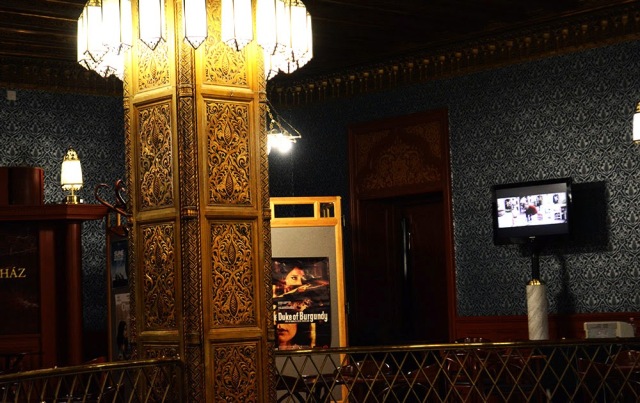 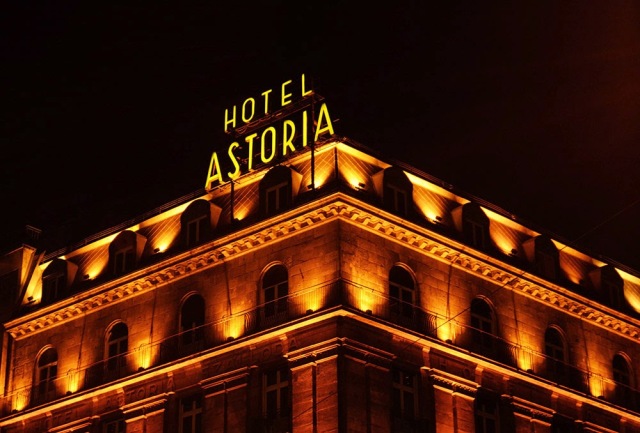