Skip to content
The one with the crowd hysteria that seemed to escape us: thanks to Bonobo, who could interest us,  and Macklemore and The Other Guy on the Main Stage, who couldn’t, we were nicely ensconced in the A38 tent before the stream of rabid Stromae fans started arriving.There was apparently much hyperventilation, pushing and shoving and some anger from those who bought the tickets for Stromae mostly, but did not fit in.
We frankly confess to not being complete connoisseurs of his oeuvre (we may allow ourselves all these French-isms right here, given that he does sing in French), but could conclude after the concert that he is one of those acts who are very worth seeing live- while some tracks sound a bit basic on the record, they become metallic and sinewy live.The young gentleman also goes through some fine wardrobe changes, and there’s a nice visual concept to the stage- the organizers, smelling danger due to his rising popularity, offered him a slot on the main stage in the afternoon, but he would not take it, and he was right not to: the light show, while not being aggressive or overdone, is essential in creating the proper atmosphere for his tunes. 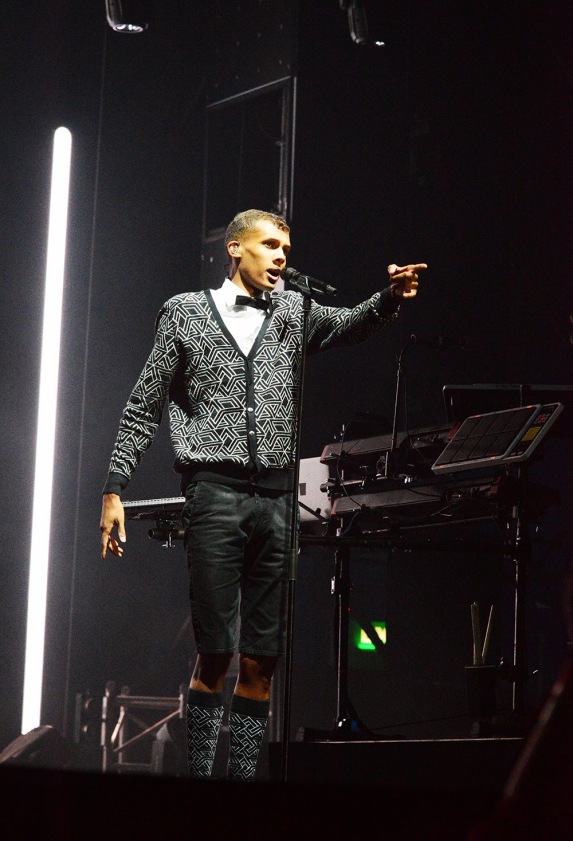 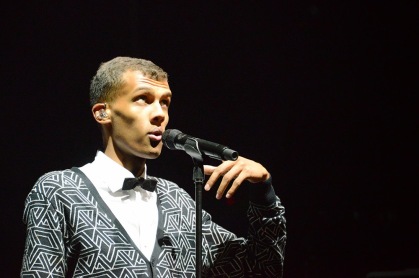 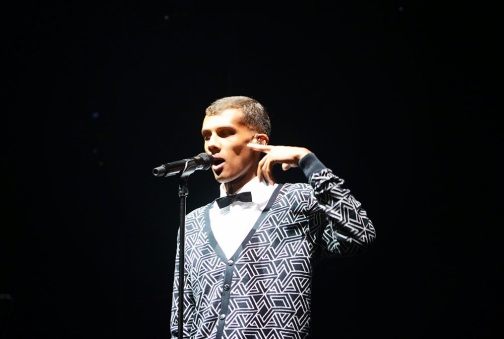