The only plausible reason as to why Brody Dalle isn’t on the main stage at a much later time slot is that she has too many of the good things, namely X chromosomes. Any man with half her guitar skills and energy would be a celebrated rock god-well, you know, her husband IS, though truth be said, his overall skills are quite alright. But Brody of course still gets to be mostly his wife, alongside the remark: oh and she is quite good. That being an understatement, for she rocks, even at 4 PM, even in a hot tent, even with a scarce-ish crowd, even if she probably knows that she’d deserve so much better.

Just to make things painfully poignant, she is followed on the A38 stage by a preposterous band with the preposterous name A Day to Remember, which seems a ball raised to the net for bagging a “day to forget’ pun. I have duly already forgotten them. I faintly recall them blasting free t-shirts to the audience which is,of course, the epitome of musical credibility and we all know it.

The main stage wasn’t in a much different state: there is of course nothing inherently wrong with SKA-P: they are energetic, they play ska, festival goers love themselves some ska, there are some political statements, nothing to disturb the general merriment but just enough to make us feel good about ourselves- oh boy, I did try to save the planet today as well, didn’t I? They also dress like random guys from the crowd who found a few odd items in the mess of their tent and put them on. So there’s nothing wrong with that- it’s just that there’s no substance to it, but then again, it’s a festival, we need them in all shapes and sizes. And once it’s over, there’s no need for sadness: SKA-P are one of those bands who’ll be back on Sziget happily ever after.

The one thing festival goers love almost as much as ska are balloons. It is of very course hard letting go of your balloon: you have to fight scores of rabid Dutch to get hold of one, you grow emotionally attached to it over the course of a quarter of an hour or so, and then you have to set it free. A Sziget exercise in bonding and liberation. Because on Sziget we can pretend we’re in the real word and not get hurt.

And then comes the most baffling part of the day: why on earth, why, and why again are Queens of the Stone Age not the headliners? Not that I have anything against deadmau5, his music is exciting enough to be the soundtrack of summer nights partied away into oblivion, but it simply has nothing to do with a headline slot on the main stage. That’s for stone hard rockers from the desert. Finally a band who doesn’t complain of Sziget heat- they’re as hot and heavy as they come. Their sound weighs down on  the crowd and takes you places. As the dark gradually sets on the island, the track listing winds into their more sinewy stuff. This will be a day to remember after all. Cast in stone.

PS: Deadmau5 was okay. He has cute ears. 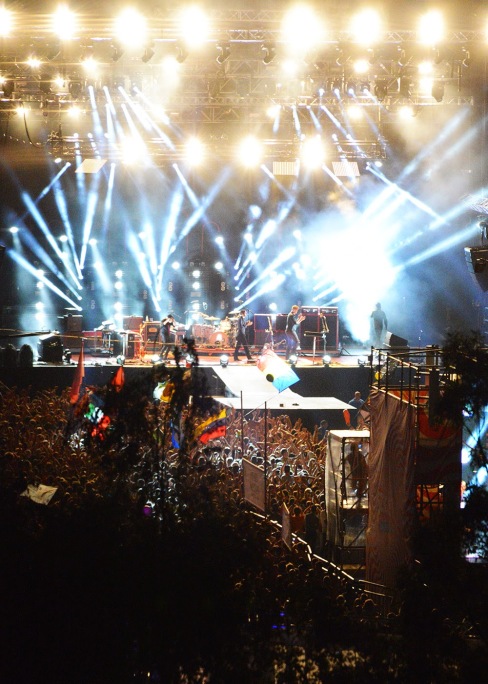 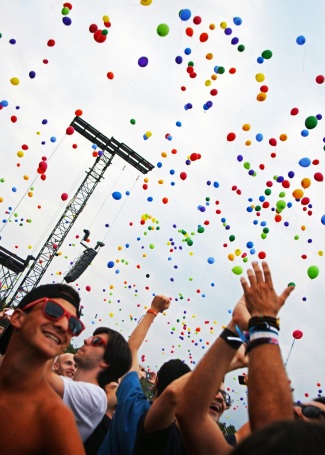 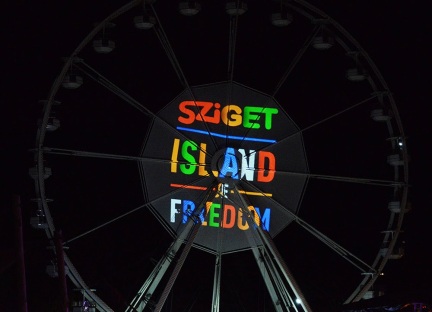 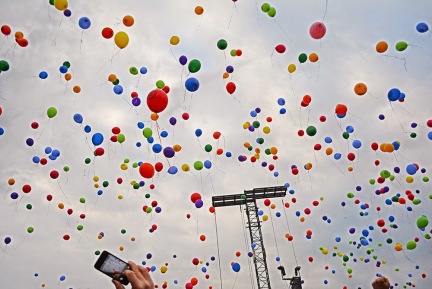 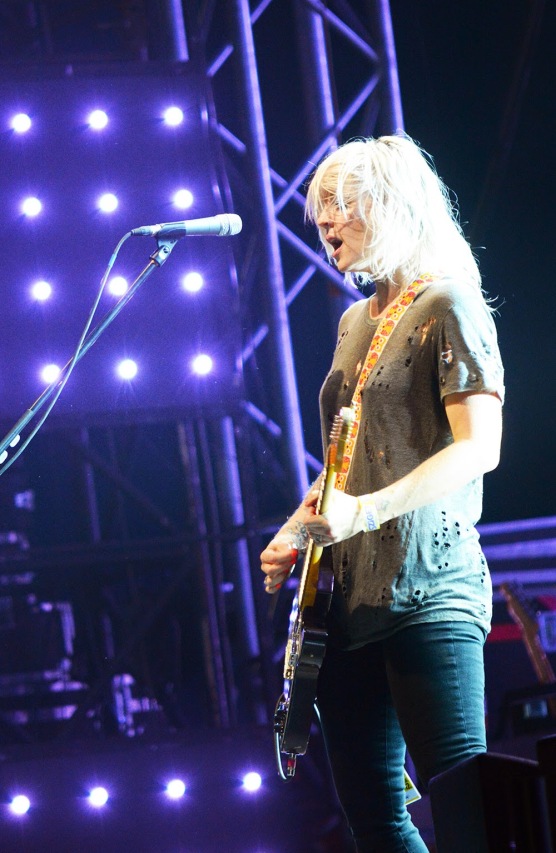 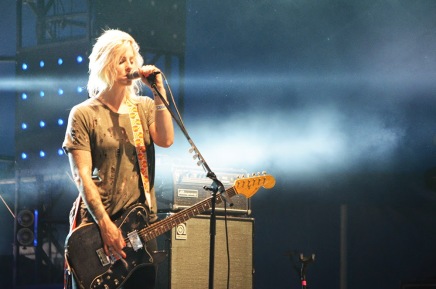