Sziget should be globally considered as the mother of all festivals for the simple reason that it’s so much longer than most. This year the hardcore Sziget dwellers could move in as early as Saturday, and most venues were already fully functional, even if some will start their programme in earnest only on Wednesday. So when you arrive on Monday thinking you are an early bird, turns out there’s already a huge queue everywhere, top up points, ticket counters and most of all tobacco stores. This might of course horrify some, who long, year after year, for the lo-fi days of Sziget in the nineties. But then again, this is the simple evolution of all things: children grow up and some lucky festivals get gigantic, and in the midst of it the most important is staying true to yourself. Sziget might be shinier and brighter and more crowded, but it still has its true feeling greeting you at every corner. For those of us who’ve been out on the island for more than a decade, each time you veer onto the flagged road that takes you towards the main stage it feels a bit like coming home.

The festival of course did change- some years they even tried to cut it short, to five days, but the public rebelled. We NEED the week. The whole of it. Of course such a gigantic enterprise can be hard to steer for seven whole days, so the organizers came up with days minus 1 and 0. Which means the whole shebang is there, but it works on battery saving mode. This Monday only a couple of stages were on, with the most excitement crowded at the main stage. Or well, excitement might be an overstatement judging by the faces in the crowd while the 1975 were at it in a wild(muted?!) manner on the main stage. Along with a lead singer who feels like a messed up Johnny Borrell, which is unsettling given that Johnny Borrell is messed up as it is.

On their record, The 1975 sound sort of like the Kings of Leon queasy after an organic whipped cream fruit pie. Having a song called Sex doesn’t help at all in dispelling the aforementioned feeling, especially because it is most definitely not on fire. Of course you can write spectacular ice cold songs about sex, but for that you have to be Interpol, and The 1975 aren’t. In some, utterly scary instances, they have an almost 30 Seconds to Mars feel about them, culminating in a total lack of chorus. It may be for the weak minded, but a powerful chorus goes a long way, particularly on a festival stage. I dare presume that Chocolate (remember the pie, yes, maybe it is an organic chocolate pie from fair trade beans after all) is their breakthrough hit or something, because it minimally disturbed my laundry routine. And in case anyone was laundering on Sziget too, they could have easily done it seated in the back rows of the crowd, right next to the guy dressed as a chicken immersed in a resting festival sleep. NME hazarded the guess that the 1975 are future headliners. Definitely so. I can see them headlining a pensioner’s ball anytime. Or a shopping mall opening. But a festival surely deserves better.

Which means anything but Tankcsapda. Yes, they are a Sziget classic, yes they do somehow contribute to the feeling of home, they’re like your annoying and daft cousin who’s there ruining every family reunion but no one has the heart not to invite him. So maybe I can take 90 minutes of pompous doom if it is followed by something other than, well, genitals. And flatulence.

But alas this time it wasn’t. Blink 182 is one of those bands that I will never understand. Sure, All The Small Things is catchy as hell, but Britney can do that, and the video was funny indeed, but Weird Al can do that. The rest is noise, and songs hardly distinguishable one from the other. You guessed right, even Tankcsapda can do that. The boys are nice, they know they are in Budapest, and Budapest is in Hungary, and they pay lovely compliments to the castle and the Chain Bridge, and there’s a young lady crying her heart and mascara out to I Miss You. Oh dear, so they’ve made some people really happy or really sad, which is fine. For the sake of communal happiness I will therefore graciously glide over the next flock of vagina jokes and monotonous droning noise.

But this was day minus one, and in a way it’s better not to be exposed to too many challenging acts- you just soak up the vibe and wait for better things to come. Like some giant party to kick off the real deal festival, with some guy called Deadmaus. And before him- well let’s just say that ever since the Beatstakes would invariably drive the main stage crowd into a frenzy with their cover of No One Knows all I wanted was to hear the real thing. 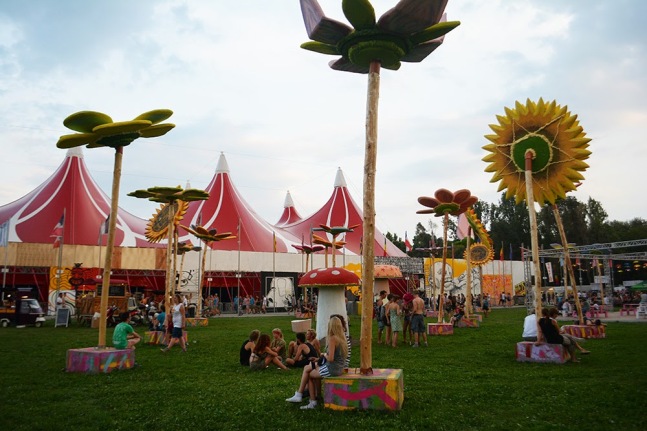 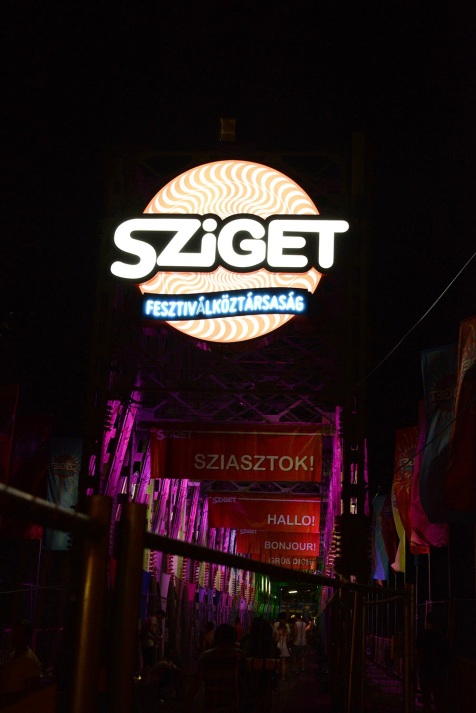 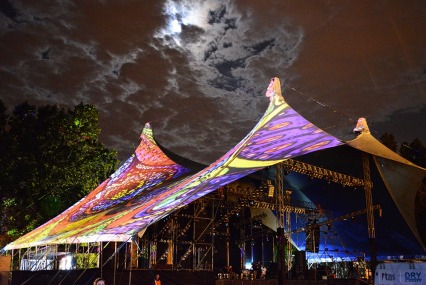 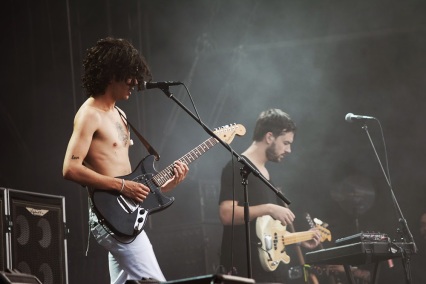 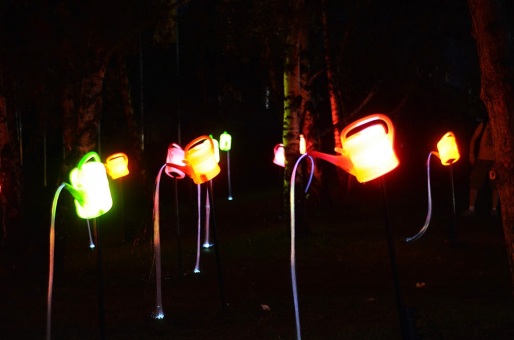 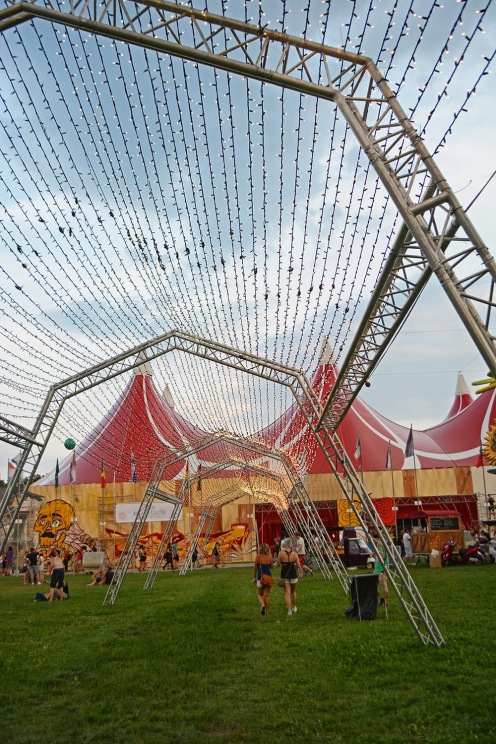