So, after almost a year and a half of decent discipline, I did it- skipped one procrastinator’s log, that is, procrastinated it so long that I finally decided it would be irrelevant. Not that it’s generally all that relevant, plus I could always blame the sinus infection for it. Which is the nec plus ultra of all my earthly sufferings. I understand very well that there several diseases worse than this, and some just kill you and that is that. But having a clogged nose makes me the most miserable human being alive. It would have also ruined my New Year’s Eve, if I liked it, but I don’t, so no sadness there. A clogged nose also means that I could not focus on either reading or watching anything that requires full brain capacity, so I watched a lot of Chef’s Table instead.

Now, I cannot cook and (possibly mistakenly) frown upon fine dining, but I became completely captivated by the series. Must have been the fever. But now I know what umami is. Which is a fine thing, since it was a Japanese thread that got me into the whole thing anyways: reading Junichiro Tanizaki’s overflowing but wonderful Makioka sisters I chanced upon the concept of kaiseki, then found an article about Niki Nakayama which made a reference to Chef’s Table and all binge watching hell broke loose. I then also proceeded to impulse purchase an ornate edition of Tanizaki’s In Praise of Shadows and watched James May make his (r)ambling way through Japan. So now, whenever I do something stupid (constantly), I whisper, to myself and the world: sumimasen. That’s I’m sorry in Japanese.

I’m not sorry, though, for buying Antoni Porowski’s cookbook I will probably never use for anything more than inspiration to wear Strokes t-shirts to Hunyadi market and yet another goddamn tote bag. Because I obviously need it to not buy the ingredients for one of Antoni’s recipes. Actually, cooking something from the book, along other silly endeavours, is one of my new year’s resolutions. Currently failing, without any exceptions, at all of them. Speaking of the long gone new year, its Pantone colour is what I like to call Pepsi blue, which is a good solid colour, if not quite as sexy as coral.

After returning to the realm of people with correctly functioning respiratory systems, I did a bit of work on my yearly ‘got to watch as many Oscar nominated films as possible, though most are shit’ project only to discover that this year is not that bad at all. (The winners themselves will be silly, but that that doesn’t stop me from trying to predict silliness each year, printable ballot for the task available here.) The Irishman lasts exactly the length of a train trip from Budapest to the Romanian border, and actually captivates you quite thoroughly, Daniel Craig’s Benoit Blanc from Knives Out (sadly nominated only for original script) is possibly one of his most exciting characters ever, Jojo Rabbit, while occasionally a bit crude in it’s Nazi (but never German) bashing humour, has a lovely predictably unpredictable end scene set to Bowie’s Helden and the fact that Christian Bale is not nominated for his role in Ford v Ferrari is an insult to reason and competence.

Good thing that they managed to nominate both actors from the totally tedious Two Popes. No two popes will make my heart beat faster unless at least one of them is Pius XIII and the other one, John Paul II. So, skip the movie, and watch the series. The New Pope is everything the Young Pope was, and more. More humour, more sex, more provocation, more moral dilemmas and still a lot of Angelo Voiello, the only Napoli fan I can truly commiserate with. Or well, in real life, that only fan is Paolo Sorrentino himself. My strict limit of how many series I can watch at once is three, and right now I have a full house: Babylon Berlin is back for season three, and Captain Jean Luc Picard is back from retirement and seems to be in trouble with the Borg and the Romulans. In a world of upheaval and uncertainty, it’s good to have some foes that never change.

The sun starved days of January meant indoor activities such as birthing this year’s Spotify playlist, and watching videos, old and new, a quick list here: Alyona Alyona’s Diki Tantsi, Mahmood’s Rapide, The Blaze’s Territory, La Roux’s Automatic Driver and Mashrou’ Leila’s Roman. In parallel, musing how these days it requires discipline to watch a full video, whereas in the golden age of MTV, I would sit fascinated in front of the TV and religiously watch my favourites over and over again.

Another indoor activity was subscribing to The Athletic. I actually did that in December, as, uhm a Christmas gift to myself, alongside a vintage Liverpool shirt, this will totally be our year so I’m sparing you lots of pieces full of praise right now, for they will unavoidably and unbearably come later. But I did also discover the These Football Times site, which is for free, and has lots of exciting tidbits for football geeks, such as this one about Heleno de Freitas and this one about Jose Andrade. And to prove how unbiased I am in footballing matters, just look at this splendid goal by Heung Min Son from back in December.

I feel compelled to do the bits and bobs before I leave you in the merciless claws of bad phone photography, so here we go: a list of books from around the globe, in case you have a lifetime to procrastinate, a list of films by female directors, the sad demise of the apostrophe society, some Babu Frik love, an unavoidable interview with Haruki Murakami and some unavoidable Viennese coffee houses. 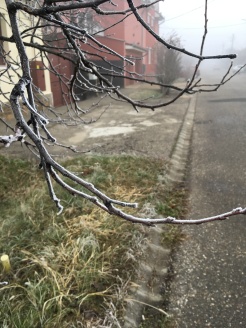 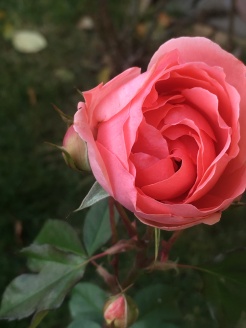 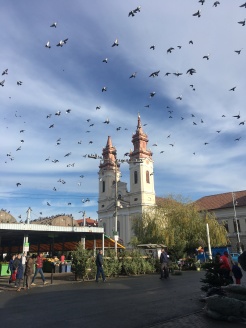 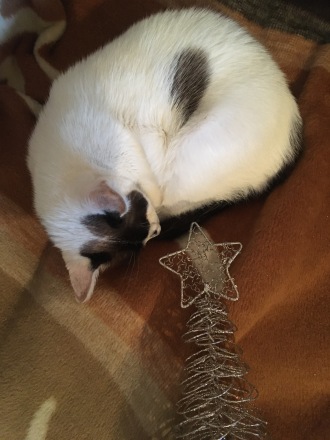 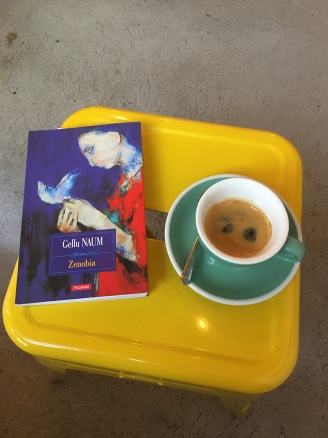 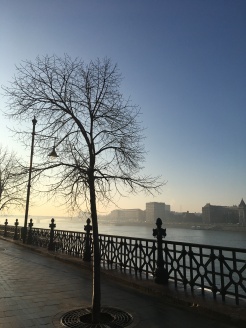 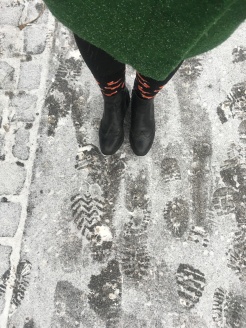 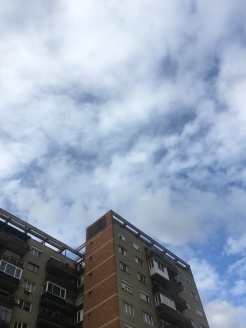 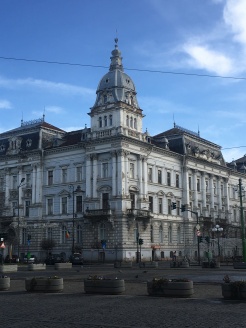 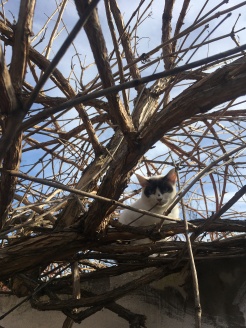 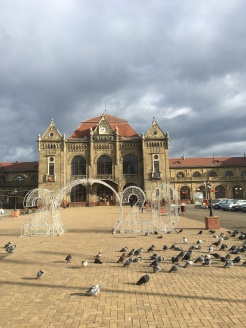 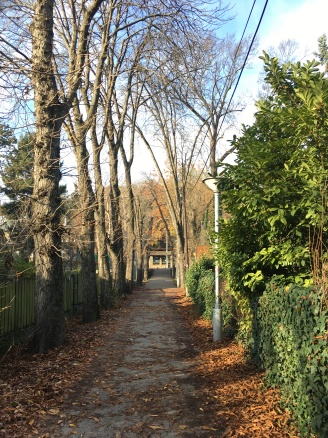 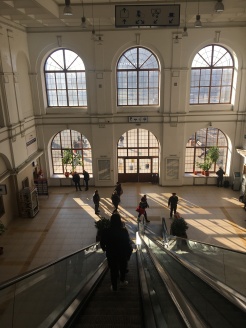 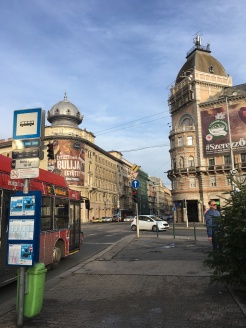 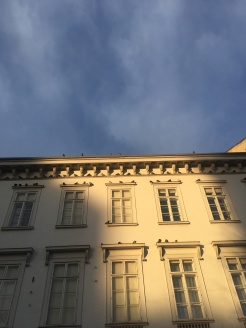 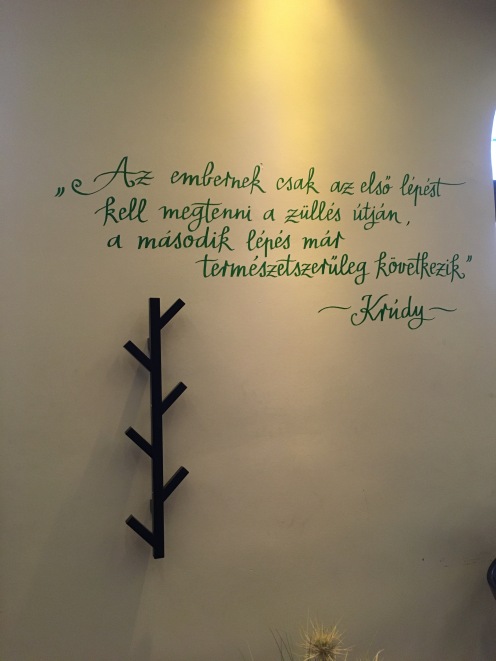