November is a terrible month. Its Finnish name, marraskuu, comes from an archaic word for its very nature. The word, a cognate of the Latin mors, is death. Everything is wet, cold, miserable. Golden leaves turn into brown mush, rain turns into humid air, which in turn turns into smog. November, not April, is the cruelest month. There should be no saving grace to November, yet I found one. It is one of my pure pleasures, not guilty in any way, I know you’d want to go that way, but I won’t let you. I very simply, straightforwardly and unapologetically love Coldplay. I loved them from day one, from the scarce skeleton songs of Parachutes, an album I’d take to my desert island without batting an eye, through the technicolor schmooze of Viva La Vida to the top of an abandoned fortress in Jordan. Arabesque, off their quietly splendid recent album, is a small wonder, with a few brilliantly turned out French lines courtesy of Stromae, playing into the demented beauty of a tongue which skips half of its letters and drowns its sorrows in homonyms.

Coldplay fans, a friend of mine once told me, are people who probably cry a lot, for no reason, and I immediately dismissed him, then in this merciless month proceeded to cry over a record. Leonard Cohen’s Thanks for the Dance, of course. Listen to the butterfly/Whose days but number three/Listen to the butterfly/Don’t listen to me. A documentary- Alexander Nanau’s Colectiv. Its subject is the club fire which claimed the lives of so many innocent people who, like me and my friends, loved to spend their evenings listening to live music, but mostly the aftermath, when Romania’s healthcare system was found to be fundamentally flawed to blatantly criminal. And so I cried, for the innocence of our youth, for those lost in the fire, and those lost later in our hospitals doubling as graveyards. And finally, I welled up a little (but chuckled even more) over Il Campione, a film about football- since it’s anyway manly, heroic and brave to cry over football, guys do it all the time. Wait then, let me also mention how I almost cried over the ending of Netflix documentary Maradona in Sinaloa, an ending which I was already familiar with, since it had happened in what we call real life, and was of the usual crash and burn Maradona style. A Maradona who nevertheless comes through as touchingly human and occasionally surprisingly grounded and nigh philosophical, given his track record of insanity and self destruction.

What comes next? A football column called Defeat and Tragedy, about the fates of an Uruguay that lost a tournament, and one Roberto Chery, nicknamed The Poet (though he was but a goalkeeper), who lost his life at 23. Finally turning more upbeat, we look into why Liverpool are so damn good right now, investigate some tactics, would you please look at this Dybala free kick and also at this shot of Celtic forward Olivier Ntcham celebrating his added time goal that snatched victory away to Lazio.

Speaking of football meeting photography, I spent the early days of November reading up on the lives of Robert Capa and Gerda Taro. The latter’s work was slowly falling into oblivion but then, in 2007, an extensive archive of her photography (along work by Capa himself and their friend David Seymour) was discovered in a suitcase which had traveled adventurously to Mexico, the very same suitcase which also contained pictures of a certain demure French football star’s grandparents. (And yes, just like Liam Gallagher, I hate Man United ten times, but Cantona is an absolute hero). Closing the football section, a very accurate round up of what Premiership managers would be doing if they had proper jobs, though the list already needs some updaring after the sackings of Poch and Unai. (Yes, it’s been a deadly but adventurous month.)

Returning briefly to music, you may as well indulge in an interview with Editors and an NME list of the best albums of the decade, cause everyone’s into this best this and that of the decade thing. Also, it’s predictably topped by Arctic Monkeys- don’t you whine it’s a spoiler, print or no print, this is still good old NME after all. Plus a rediscovered gem, which reminded me of the pivotal role hair plays in Chimamanda Ngozi Adichie’s Americanah.

Sliding into photography, but sticking to an Afro theme, you may indulge in the works of Mikael Owunna while Zed Nelson investigates the gentrification of his native Hackney. And if anyone tells you that a) you can’t reinvent yourself after 40 b) women aren’t particularly brave and c) you shouldn’t mess with the Mafia, well, ladies and gentlemen, I offer you the amazing Letizia Battaglia.

Before tackling a rather sprawling bits and bobs section, let me mention that the second season of Derry Girls is just as brilliant as the first and that I have fallen, belatedly but irreversibly in love with The Good Place. (November itself is then a good place for binge watching whole seasons in one sitting.) So, bits and bobs: handwriting is cool and useful (but yes my wrist hurt a little when I returned to the discipline of writing at least half a page a day in cursive), here is a bookstore I’d love to work at, and one I still like in spite of having met a gang of chubby rights right in front of it, some interesting forays into  Jersey Italian,  a video of the Danube from the Delta to Budapest, an analysis of how stress- namely eustress- can be a good thing (yup, really) and a look into the last occupied apartments of the Chelsea hotel.

And obviously, before the compulsory bad phone photography I’m leaving you with this song. 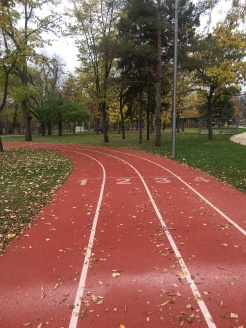 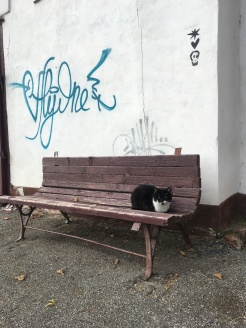 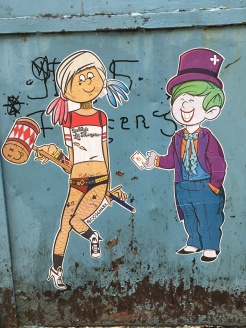 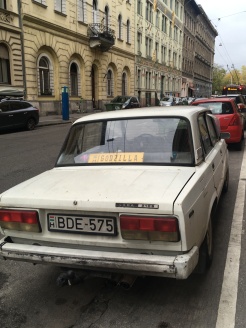 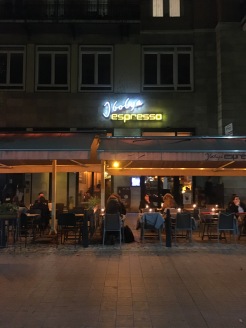 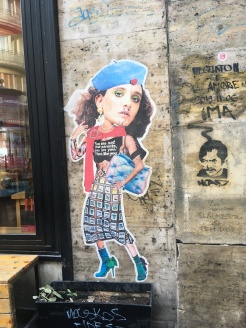 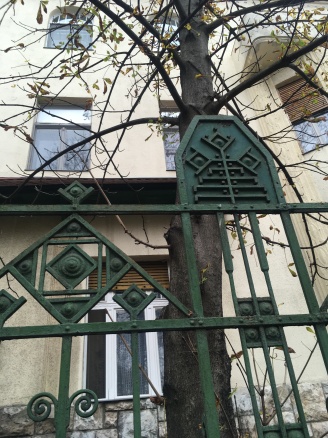 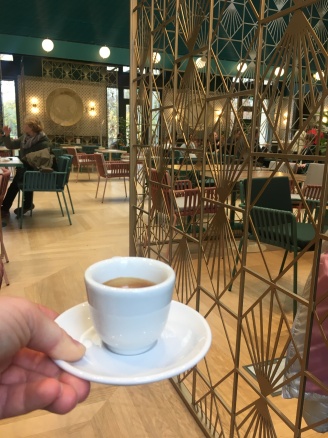 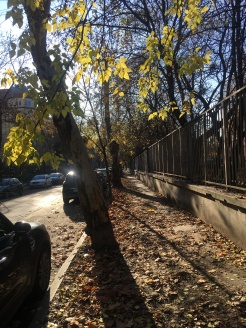 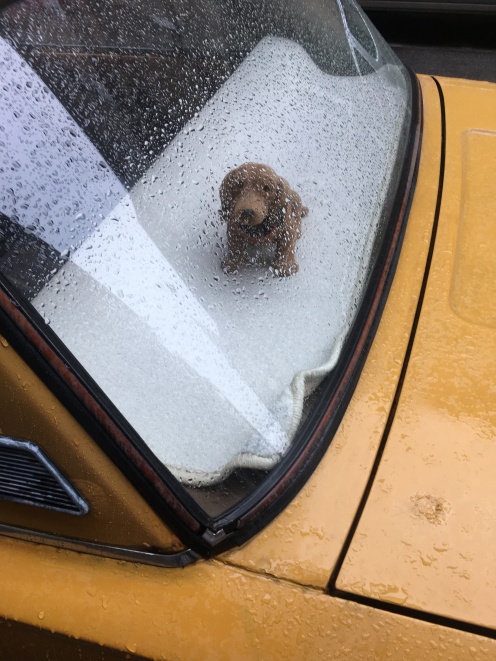 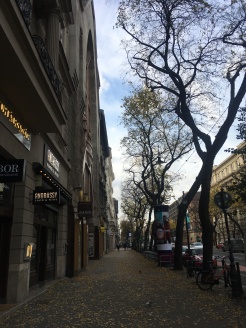 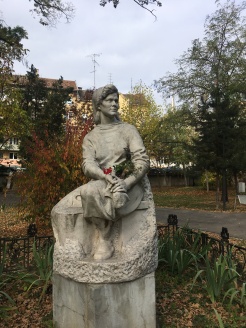 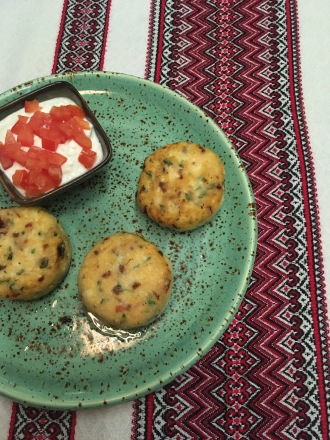 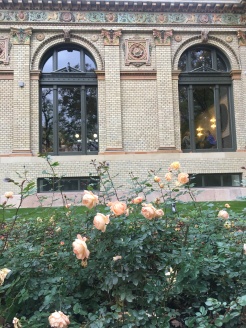 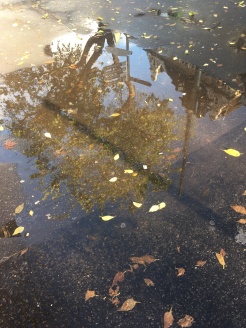 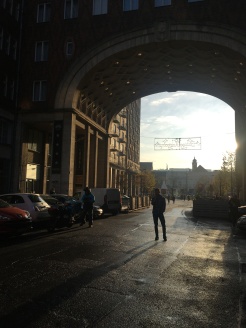 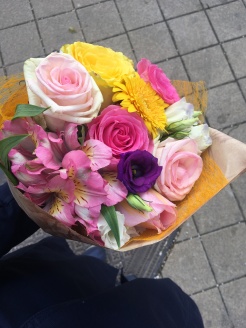 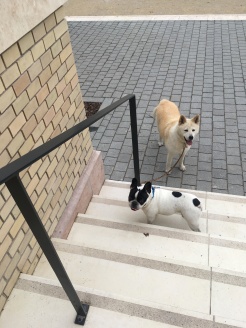 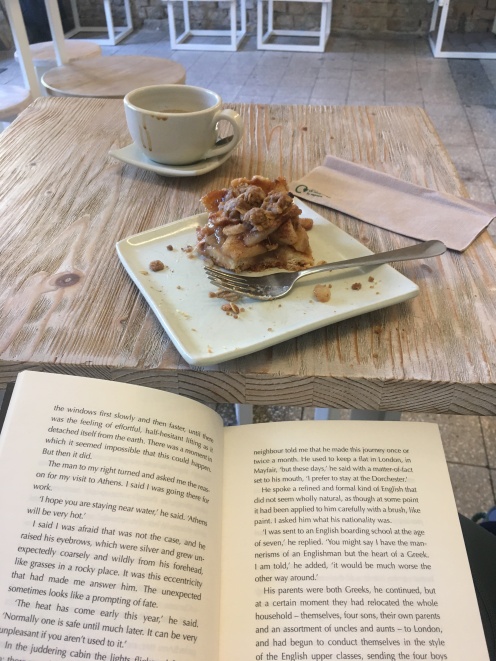 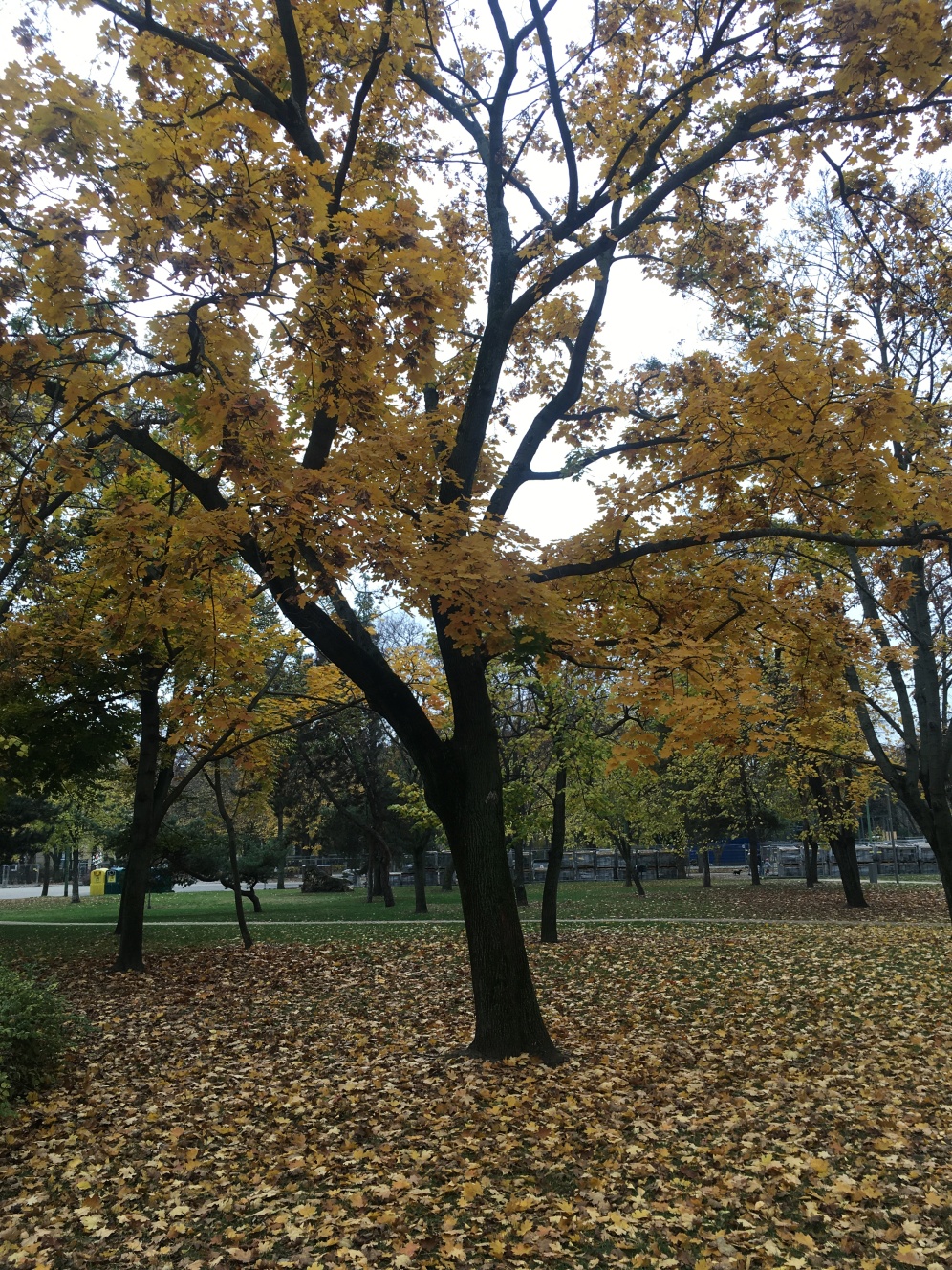