I’ve already written a bit about my Hearts Hearts story (because I have one) in this year’s preview post, and also about what it feels like staying in front of the Europe Stage for ‘smaller bands’, whatever that tag means- Alma started her Sziget adventure on the Europe Stage, has progressed to A38 and, if things go as well as they have, might just land on the main stage one day. Which is a pity, given how both Europe and A38 are edgier and vastly more entertaining, but we are straying into a different topic right there.

Back to Hearts Hearts, they are my adopted Austrian darlings, and I always find it unjust that quality acts don’t break through properly just because they don’t come from the English speaking world. As in, Hearts Hearts, while they do sing in English, don’t have the UK or US musical scene to propel them forward, and their local scenes will likely be baffled by their presence. I imagine attendance of their gigs to be the same as for Romanian or Hungarian indie acts: always the same people with quirky tastes, everyone recognizes each other and nods in agreement, good to see you here again.

I was secretly hoping they’d have a bigger crowd at the Europe Stage, but it was what I’d call a moderate yet enthusiastic afternoon attendance. That and the scorching weather did not stop the guys from giving it their all- come to think of it, the tiredness I’d mentioned in the previous entry may have also been partly due to the fact that I bounced through this gig, which had a sort of chilled intensity throughout. Is there such a thing? If there isn’t, Hearts Hearts may have just invented it. As an interesting if somewhat inconsequential side note, whenever I google them, I am redirected to the terrace song Hearts Hearts Glorious Hearts sung by fans of Scottish team, wait for it, Hearts.

The band have two albums to their name, Young, released in 2016 and Goods/Gods, released in 2018. The ear candy title song of the latter is here for your entertainment, with the architectural eye candy of the Espaces d’Abraxas thrown in for good/god measure. They also played their new single, to be released at the end of August, Ikarus (I Feel a Change), which expresses hope in spite of the dire political climate of Austria. Come to think of, the political climate is dire everywhere, so we’re really in this together and we need bands who take a stand- if one fan changes their mind having listened to a song, a small but important battle has been won 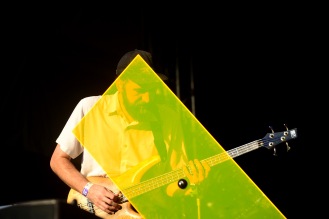 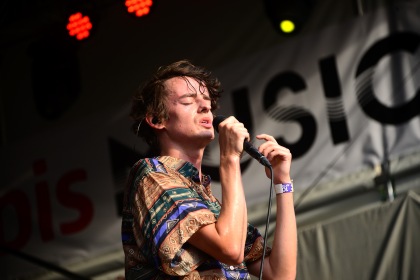 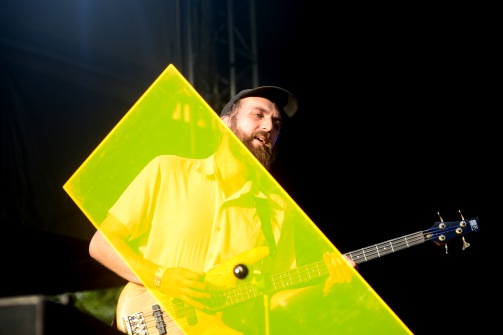 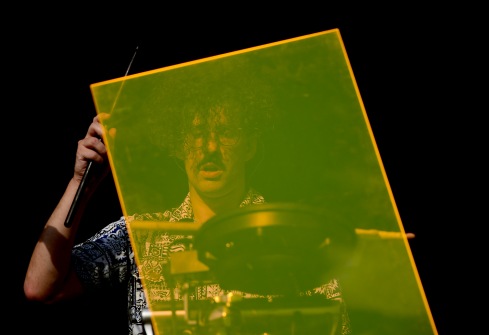 What I haven’t yet written about is my pain at the scarcity of Romanian acts at this year’s Sziget- besides Raresh at the Colosseum and Jazzy Bit, who may be lovely but play jazz, and I’m not friends with jazz, it was only Satellites representin’ on the Europe Stage. You may say that it doesn’t make a whole lot of sense to complain about not seeing bands that you could catch any time at home, and there may be a point to that, though as I do not live in the capital, I may struggle on this front as well. The more important thing is the kind of exposure that any act playing on Sziget, even on smaller stages, unavoidably gets and the kind of critical mass that later leads to ever more bands being invited from a certain country and thus gaining a more international fandom.

Satellites were in fact ‘repeat offenders’, as they had played on the island before. This time around they had, at least at first sight, a better time slot, though due to some last minute re-shuffling of the main stage starting order, they went head to head with Johnny Marr. Mister Marr’s Sziget outing was however marred by a marked lack of interest from a crowd mostly there fore Twenty One Pilots and Foo Fighters, so Satellites ended up with a fairly sizable audience. Even more important was the fact that several people who initially seemed to be casually gliding through the Europe Stage shortcut decided to stay in the long run, a sure sign that the band on stage manages to capture the imagination of the uninvested szitizen.

Since their last outing, Satellites have considerably improved their stage presence, playing as a trio, a setup which fills the space better yet allows the front man a considerable freedom to move- insert weak minded photographer complaint here: he was probably the hardest phenomenon to shoot at the whole festival, immediately jumping out of the frame once you’ve composed it. Last time I experienced such toils was when I was shooting squirrels on Margaret Island. They (Satellites, not the squirrels) also very graciously played through a technical malfunction which stopped the background images from being displayed (a long and convoluted way of saying that Cosmin’s Mac played a trick on him, which is something Macs love doing when you least expect it). As they are yet to release a full album, the length of the show remains limited, but it has become decidedly more consistent over time, and, even if some people tell us otherwise, evolution is important. So let’s hope Satellites are back, with a full album, and some other Romanian bands in tow for many more Szigets to come. 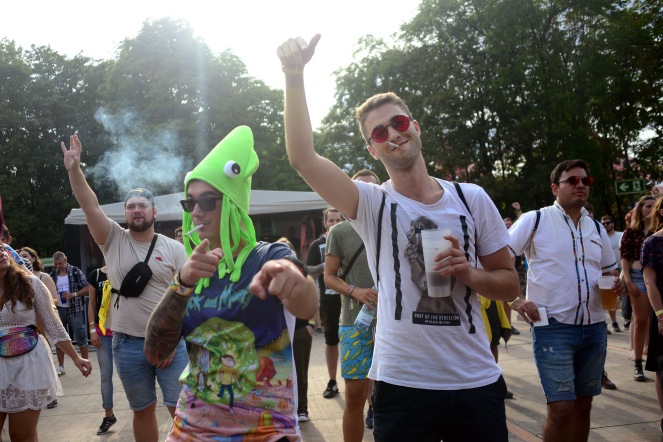 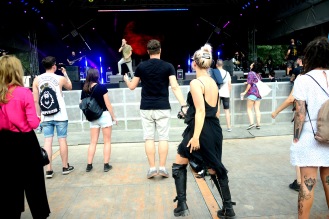 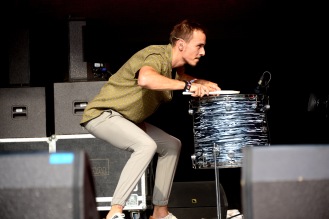 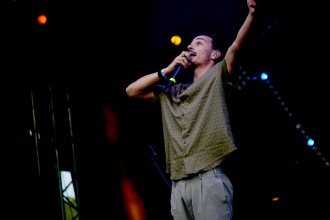 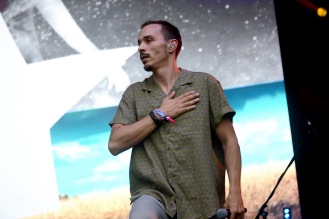 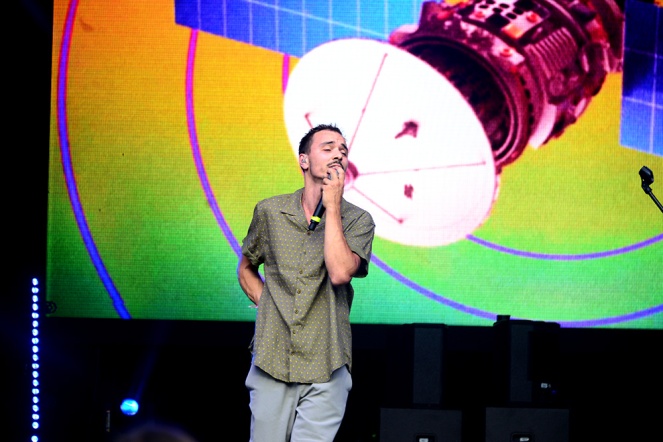 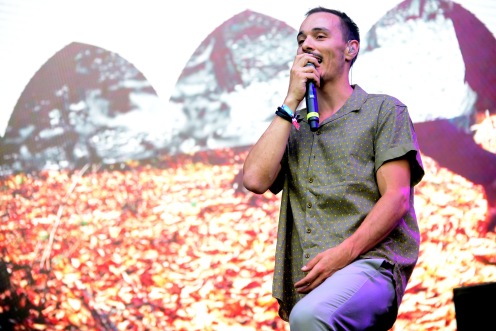 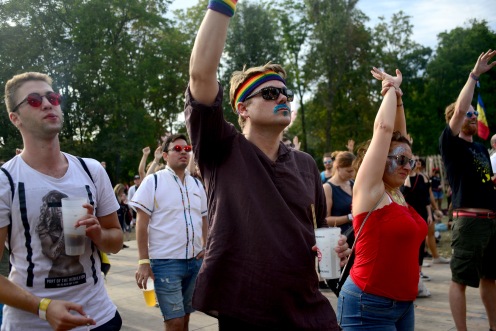