Good merch goes a long way, and Tommy Cash (better said, TOMM¥ €A$H, but I’m lazy to use all those special characters each time), the tongue-in cheek capitalist minded offshoot of a post socialist republic knows that all too well. There are hoodies with the simple yet effective message of ’cash’, socks in the same vein, just simple white socks, yet so tantalizingly coveted by the vastly teenaged audience that they will gladly risk missing the last trollyebus just to get them: well tell her the bus is LEAVING, no she can’t come, she’s buying SOCKS. The best item though is undoubtedly the Kanye East doormat, sold at a price targeted more at the type of audience who needs doormats at all and will dish out hard cash for them, the kind of audience to whom Tommy is not so much a revelation as a fluorescent-jumpered flashback to their camp 90s childhood. That would be me.

And I do somewhat regret not buying that doormat, especially as Tommy fulfilled his Kanye in a minor key act by being (un)fashionably late by a half an hour. I always knew that Estonians were broken Finns (anyone deeply offended here should note that this has certain positive overtones as well), hence less timely. At least this interval elicited several bouts of foul mouthed protest chants, which sadly died out without much result. The lesson to be learned by the young Hungarian audience is  that you should not stop foul mouthed chanting until there is actual change, tiresome as the process may be. This is also the right time to mention the opening act, Dé:Nash featuring Krúbi, who specialise in not always subtle but absolutely indispensable criticism of things that are less and less criticised in mainstream Hungary. I interpreted their crowd, surprisingly sizable and passionate for an opening act, to be a sign that not all hope is lost.

Returning to the matter of Estonia, it’s safe to say that Tommy Cash  put it on the map of  something we shall call ‘music of interest’, bringing it in from the wilderness of being the country whose capital is always mixed up with Riga and Vilnius and who won Eurovision sometime in the noughties, when it was dubiously fashionable for Eastern European minnows to win with equally dubious songs. This music is of particular interest as it is to be found, just as Estonia itself, on the dangerous fault line dividing/uniting East and West- the most readily available comparisons can be thus drawn to Russian acts such as Little Big and ICSPEAK. Incidentally, both the latter bands have sold out their next Budapest shows- IC3PEAK will play in Dürer on April 11 and Little Big on April 19, with an open air Little Big show being added to this summer’s Budapest Park schedule for July 18th.

It should come as no surprise that these acts are so popular in Central/Eastern Europe, as they tap perfectly both into the spirit of the place, and that of the times. And whereas IC3PEAK and particularly Little Big seem to sometimes fall a bit on the gratuitous gimmick side, Tommy Cash comes through as honest in his conceit- his act is acting as there was no act, and he does it with deep conviction. There is definitely a touch of humour, as reflected by the Kanye East tag, which also taps into the fundamental trait of Cash’s music- something which is not as much cultural appropriation as cultural genre-bending, when the East takes big chunks of Western culture, molds it to its image and needs and mixes up the hierarchy of values, as illustrated by the text book example of the Adidas tracksuit becoming an icon of gopnik culture.

Since his previous Budapest gig (played at last summer’s Sziget) he has fleshed out the show with several new tracks, among them an absolute gem and distillation of the continental alternative music scene, Who, a collaboration with Berlin based duo Modeselektor, fresh off the album they released this week. He’s also confident enough to unleash a classic, Pussy Money Weed (yes, his classics might not match your idea of one) in the first half of the show, with Winaloto closing the main set in a bout of communal insanity.  There’s more daring-do in the visuals as well, if that can be said of someone who has never shied away from the disturbing and wacky, with everything from cucumber sculptures to porn (particularly a fish fetishising soft variety of it), classical art and Rick Owens. If you’d ever feel that the music is a bit repetitive and not always to your taste, you may simply consider Cash a visual artist- though frankly his crowd doesn’t seem to mind a touch of hard bass which degenerates into a wonderfully functioning mosh pit. Unrelated to Tommy’s show itself, I must add another type of ‘concert asshole’ to my ever growing catalogue: the one person who refuses to move to the beat in the middle of a heaving crowd and makes everyone feel deeply uncomfortable around them. If you want to watch Tommy Cash perfectly still, Youtube and your living room are your best friends. Though, given the visual content of some of his material, that may also go places.

He has also ditched the military uniform, exchanging it for a mesmerizing set of swooshy fluoro 90s sportswear, complete with an orange fannypack, while for the second half of the show he returned fundamentally in what I was wearing to the playground during the USA 94 World Cup, only his T-shirt was made by Vetements (itself a version of Eastern Europeans reselling the West to itself for ten times the original price). Looking at the ease and swagger with which he conducts the show you suddenly wish you were a bit like him too, but maybe you can’t afford Vetements just now (or you are fifteen and your parents resolutely refuse to buy them for you), so you must have them socks. And that doormat haunts me. Good merch goes a long way, as I said, and Tommy, in all his oddness, or perhaps exactly because of it, knows a thing or too about how the world works. 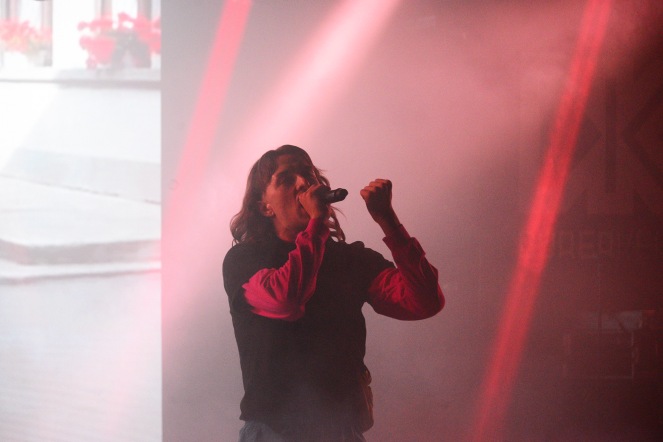 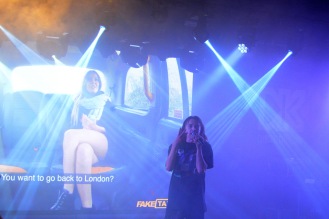 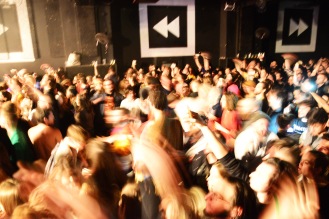 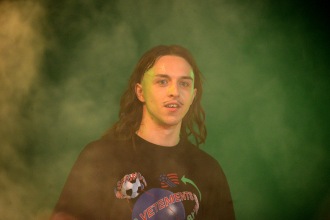 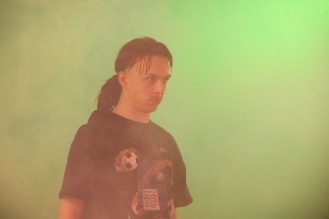 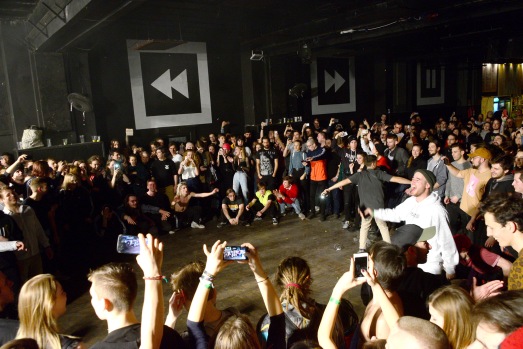 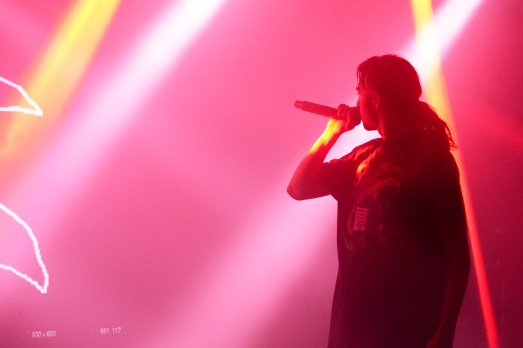 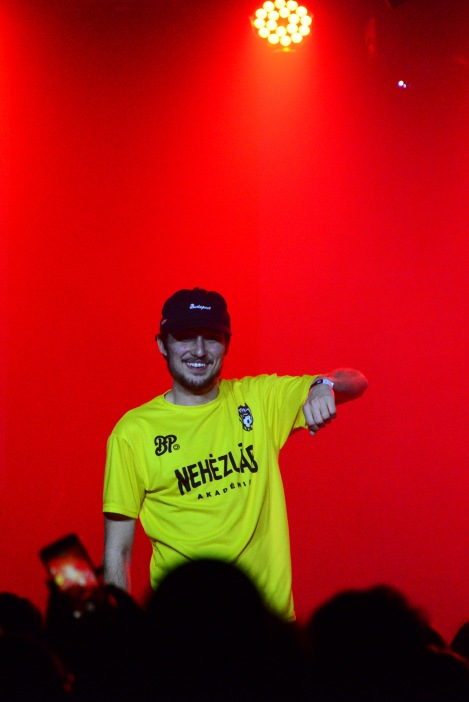 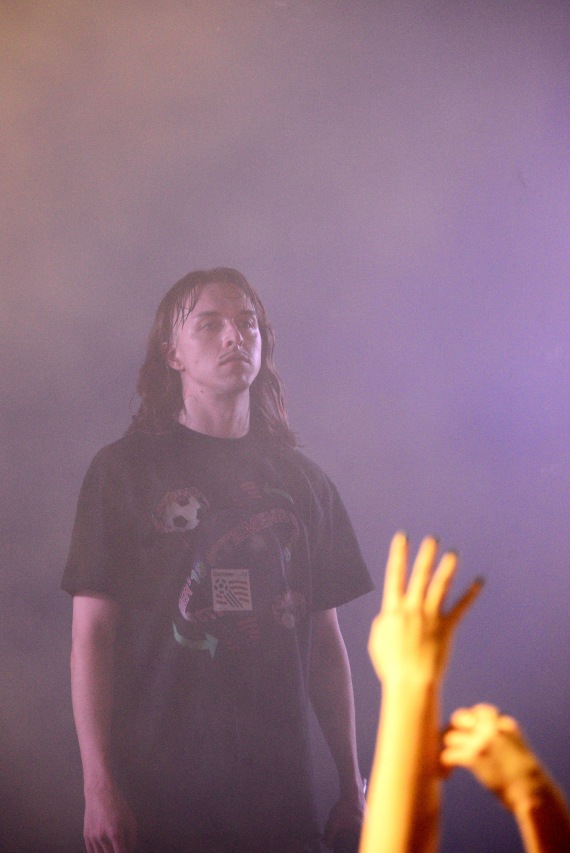 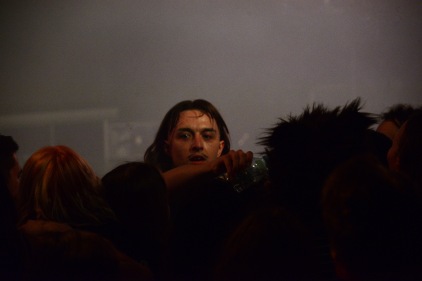 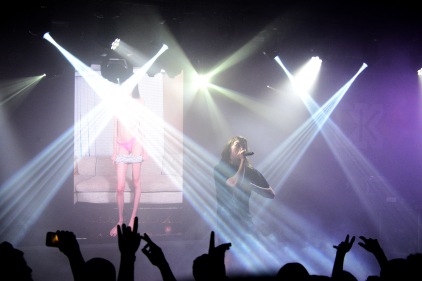 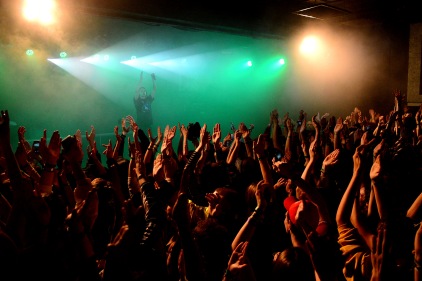 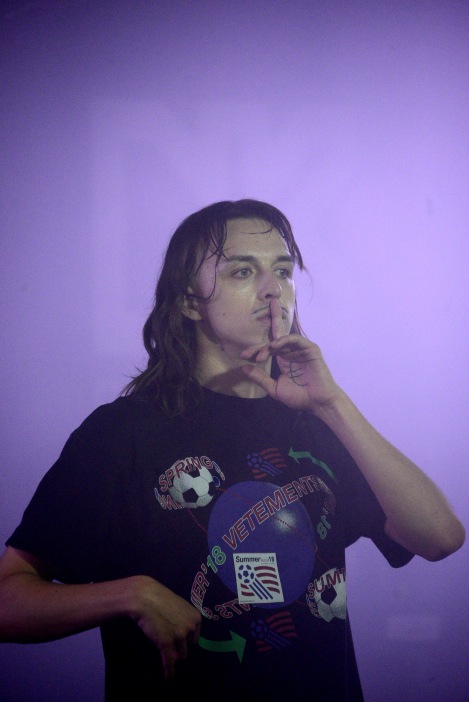 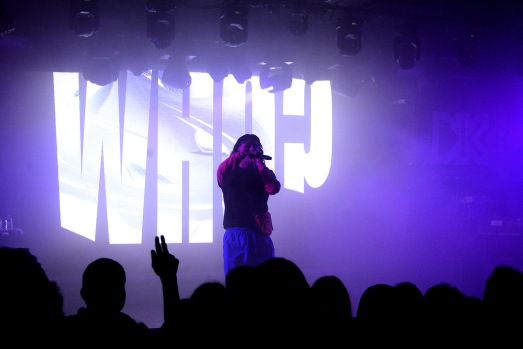 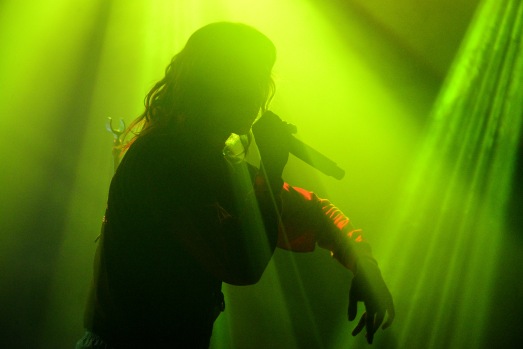 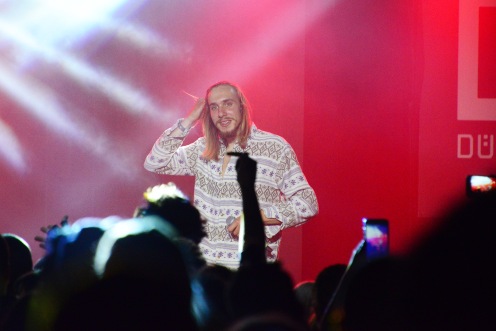 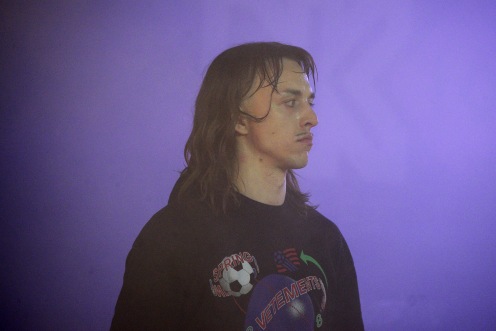 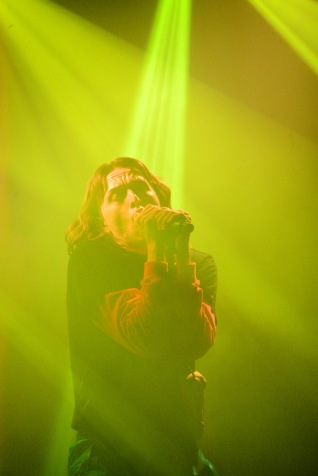 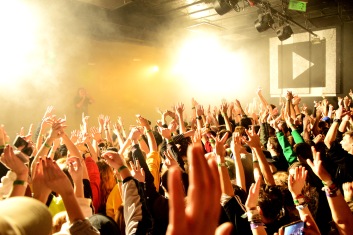 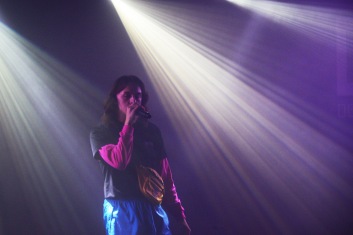 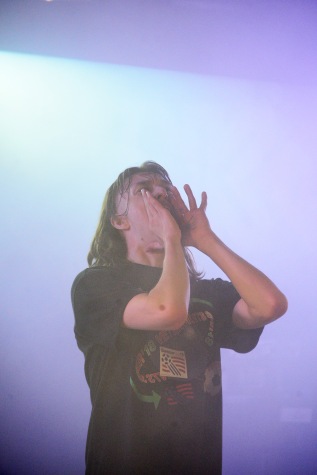