Confession time. There are certain things, considered perhaps unfashionable, or unorthodox, or both, by the mainstream, that I unashamedly love. Eurovision, for one. And besides my general affection for this campest of European traditions, I profess a particular fondness for the cooky- ethnic period which began with Sertab Erener’s winner for Turkey in 2003 and was then continued to spectacular effect by Ukraine’s Ruslana, whose 2004 winner remains the absolute distillation of Eurovision’s Eastern promise- a time when Eastern European country after Eastern European country kept winning the competition with folk tinted zingers (or belters, in Serbia’s case), the promise of a Utopian golden era for this part of the world which never came to pass.

You might have already intuited that I’m not averse to a bit of ethnic mish-mash either, be it with rock or electronic music, the kind of concoctions which make Sziget’s world music stage a staple with a randomly rotating offer of the same pool- the not Goran Bregović again feeling, only he’ll be back for sure, because idiots like me flock to see him. Finally, and somewhat unrelatedly, I also love the usage of accessories with dramatic effect.

Enter Onuka then, a superb sublimation of these three odd passions, hailing from, you guessed right, the Ukraine. First up are three ladies, all in white, with perfect pixie cuts and sunglasses, one blonde, two brunettes, for symmetry, and one of them plays a set of designer drums. I am already melting with pleasure at the set, but then here comes an array of Slavic men, clad in black, obviously, carrying various magnificent instruments with mysterious purposes, a bit like in some folk tale, where said instruments will be used to unearth treasures and pass feats of strength. There’s the one who wears a monk-like habit, looking as if his task is to decipher magic spells from dusty codices and there’s also the one who could play a warring but poetically inclined Slavic god if Marvel ever got bored of raiding the Norse pantheon. Crowning it all, those giant horns which were featured in Ruslana’s epic performance as well, though sadly are were used only briefly towards the end. 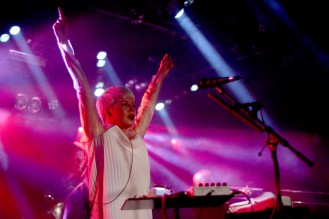 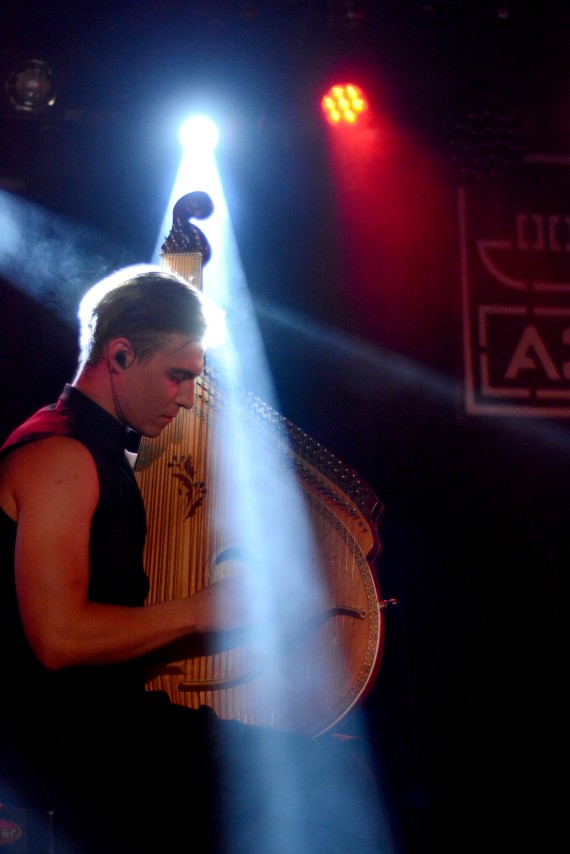 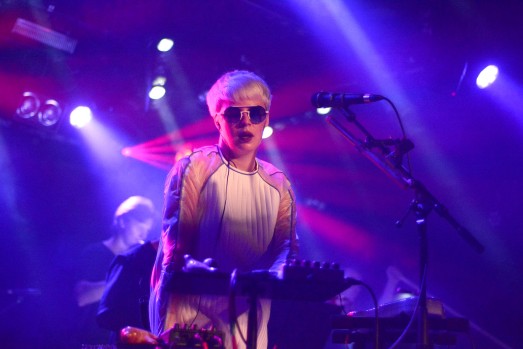 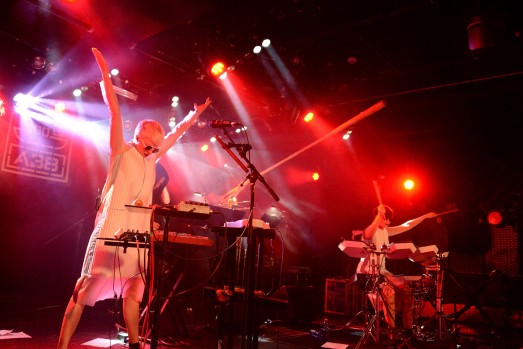 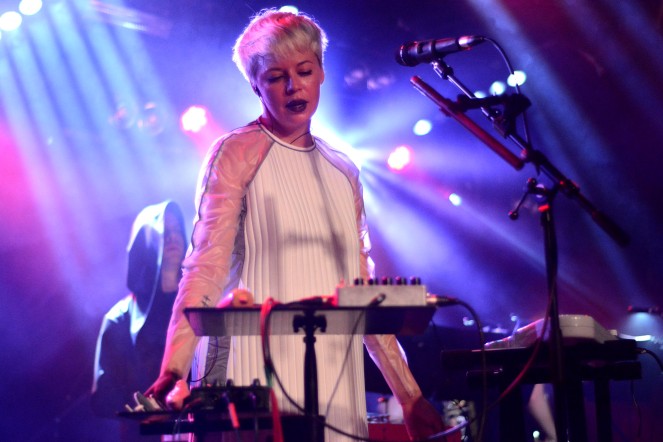 The Eurovision connection doesn’t end here though- Onuka have not participated in the competition themselves (a definite loss for it, I must say), but they were the interval act at this year’s final hosted by Kiev. While the interval is generally devised as an opportunity to refill on beer and snacks, I had been pleasantly surprised by their show (though it underlines more of their folk tendencies than their usual output), and suddenly remembered how I missed them dumbly on Sziget, although they had been warmly and insistently recommended as the very worthy Ukrainian Sziget talent winners.

A38 saved me, as they often do, and here we were ready for some Slavic rabble rousing. Now, out of all the folk mash up genres, I think folk electronica works the best, because the machine music is most efficient at taking the more dissonant edges off the ethnic part and Onuka are giving a master class at how it’s done. To the backdrop of the men in black, who invoke, as seen above, the traditional, local element, the women are fashioned almost like androids arriving from a strange planet, speaking a strange language- yes, of course, it’s Ukrainian, millions of people do speak it, and many were present yesterday as well (plus the band sing in English too). But they capitalize very well on the fact that to a foreign audience the rhythmic chants of songs like Vidlik (understandably their greatest hit so far) sound like hypnotic chants.

Delving more into the intricacies of the Ukrainian language, Onuka turns out to mean granddaughter (though a Hungarian speaker should need no google for that, I did…), and we then discover that lead singer Nata Zhyzhchenko’s grandfather was a musician and maker of traditional instruments, thus the band’s music can be viewed as the new interpretation of a gift received from your ancestors.  At one point, Nata even dedicates a song to the victims of Chernobyl. Mentioning this very Ukrainian of traumas during a concert of mostly upbeat electronic music might seem dissonant, yet isn’t and that is the band’s primary force: the many elements that interact to create their music are seamlessly united into something which seems wholly natural and true to itself. 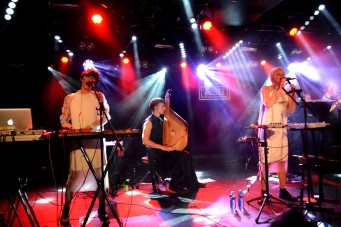 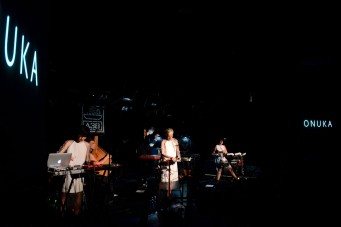 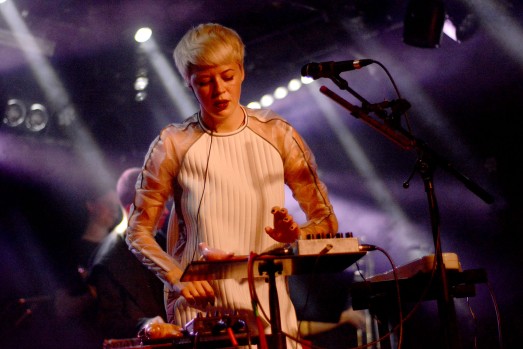 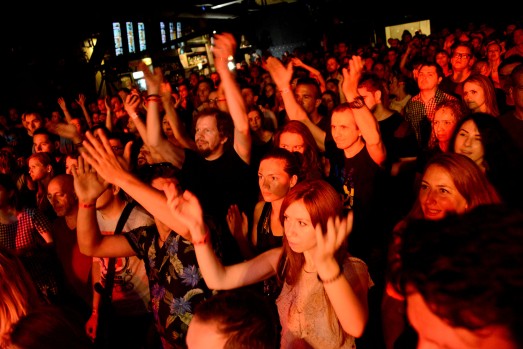 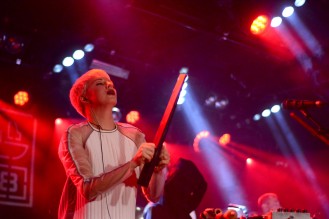 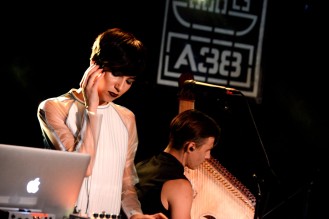 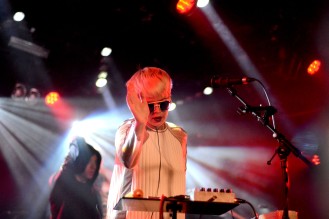