Skip to content
I’ve never been an ace at maths (except scoring awfully well at a machine placed test once, which was either a fluke, or a serious reason to doubt the efficiency of AI for the time being), so I always count the number of ’my Szigets’ on my fingers- suffice to say, by now I always have to restart with a second set of hands. Given this I would say pleasant conundrum, it gets a bit harder each year to do something revolutionary new.
The organizers sometime help by taking ground breaking initiatives, such as making and then taking back stages- or moving them around a bit or introducing new drinks and food to be tested. But since we can’t always abuse their kindness, this year we decided to do something about it ourselves, and went out to the island of the very first moving in day.
There was already quite a bit of Dutch spoken on the HÉV- closely followed by French and Italian, with an unusually high incidence of Turkish as well, you are welcome for this super scientific demographic assessment. The little back alley shortcut towards the island was still open though, so we could skip the grand tour around the car showrooms, which was fortuitous, since I did get lost there several times, though to my defense I have to say that was after both dark and copious amounts of beverages.
The queue was perfectly under control at the ticket exchange points, so the new ID scanning system seems to work well for the time being, though of course the real throngs of Szitizens are yet to arrive. The luggage check was a bit more crowded by the time we finished this edition’s first Sziget investigation, but that is no wonder given the fact that we were basically the only people not hoisting in a tent- for which we were indeed eyed with some suspicion by the security personnel.
Inside the state of things was a mixture of the eerie and the familiar: many stages and stands were still under construction, with both the Dan Panaitescu Main Stage and the A38 stage looking almost ready to rumble, the only food on offer were some pizza slices and only a couple of drinks stands were already open. Coffee was plentiful though- it seems that priorities are clearly set, a tired traveler needs some fuel before pitching the tent. We could however not help but wonder why some people would park their tents right behind a row of toilets when most of the Island is still up for grabs- maybe they didn’t have enough coffee, or maybe they’d had too much.
Somewhat surprisingly or not, because we were on Sziget after all and we all know it’s a land of manifold wonders, the first thing I heard cried over the main stage area (in French) was ’Where is the Jack Daniels?!’. In only two days time we’ll all find out where our favourite spots are and Sziget will become the Island of Freedom once more. 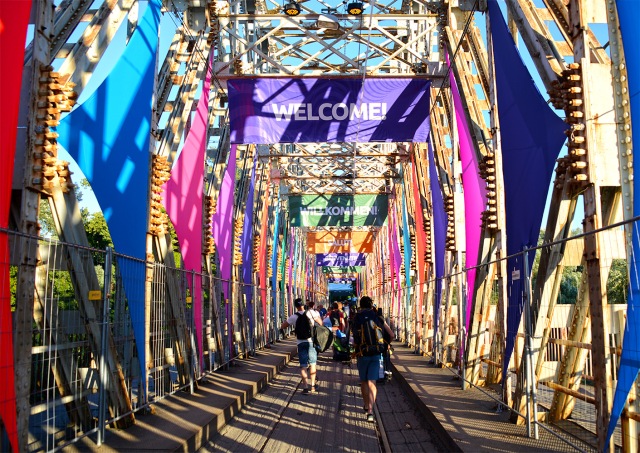 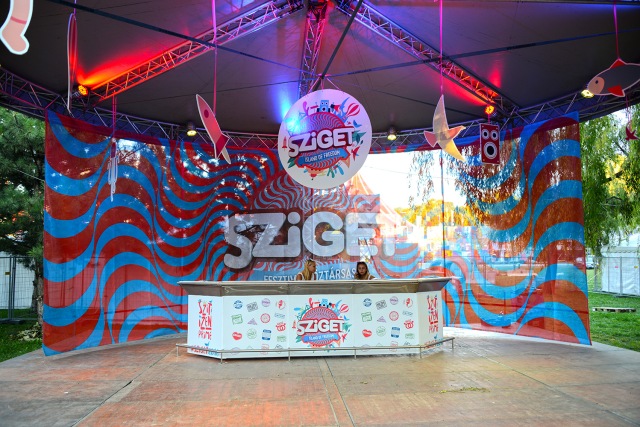 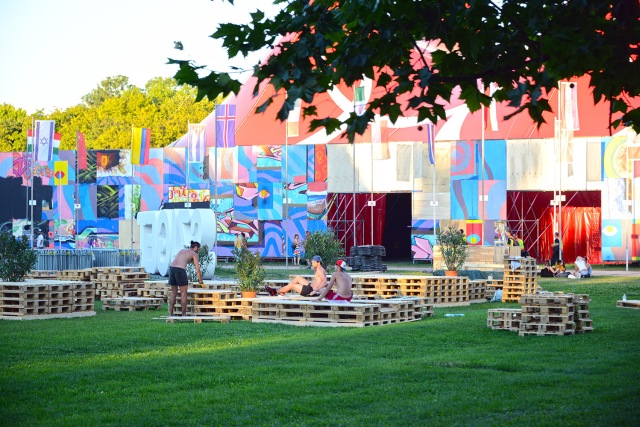 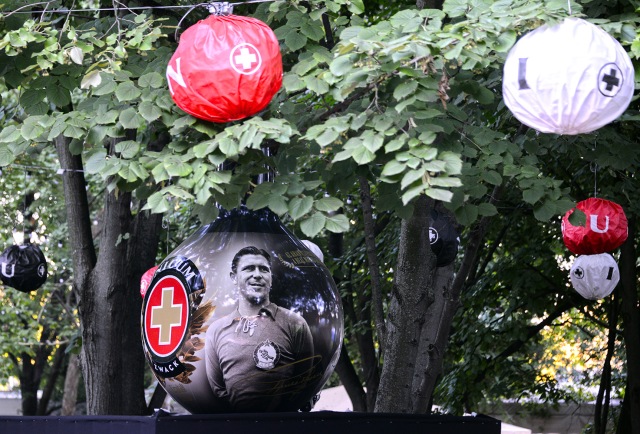 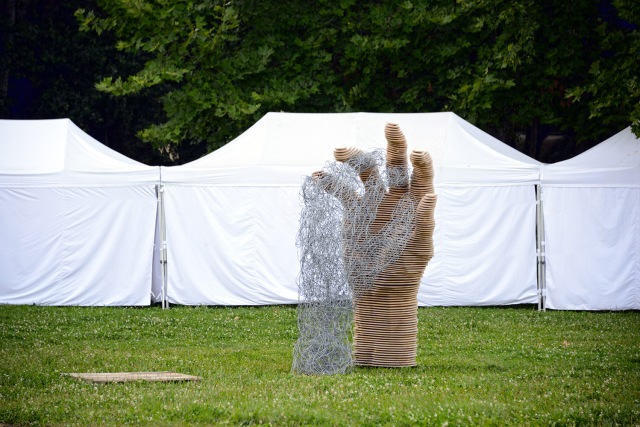 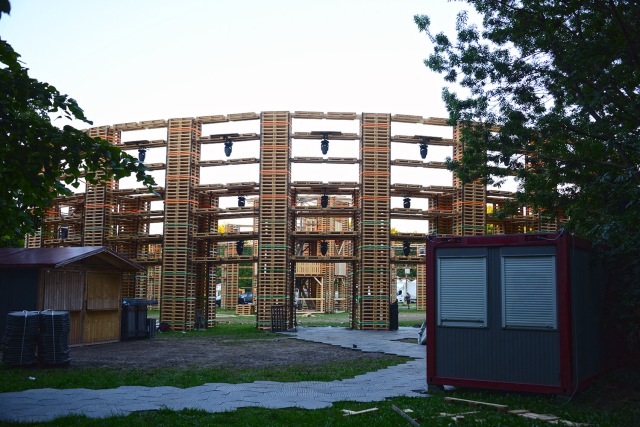