Skip to content
I will be frank and admit I had two main hopes for the new Sziget line up announcement, which seemed to be pretty much in the cards based on the traditional beginning of year festival/concert schedule watch, namely The Last Shadow Puppets and LCD Soundsystem.  Both are returning after a long(ish) hiatus and kept filling their calendar with juicy spring/summer dates.
So my hopes were half fulfilled, though that’s not a completely correct assessment, because the prospect of Alex Turner and Miles Kane on the island is tantalizing enough in itself and has caused a case of whole day Cheshire cat grin unintelligible to the uninitiated. Miles Kane has of course graced the island before and gave one of the best concerts of the festival in 2014, whereas the Arctic Monkeys have sadly only made it to VOLT in the same year- because they were quite ridiculously in Japan during Sziget, which is something they should really avoid in the future.
The other big name for the indie crowd are Muse– technically of course Muse should be the number one name, but one cannot help but get the feeling that they are a bit past their peak of coolness, and the new album just falls on the wrong side of the paranoia/anthemic songs ratio. They should nevertheless still be a pretty spectacular headliner and an antidote to one of the yearly unmentionables- this time, the majesty of David Guetta is back to thump  minds and souls into numbness. Though I cannot refrain from the slightly evil thought that if you keep going to David Guetta concerts your mind and soul were most likely numb to begin with.
Róisín Murphy is a repeat offender on the island, but one cannot feel but delighted to have someone wrapped in shiny clothes and exciting accents to entertain us- plus her kids have the improbable names of Clodagh and Tadhg- yes I plead guilty to random perusal of Wikipedia, but the main point is that  Róisín is never boring. Bullet for My Valentine and Parkway Drive fall a bit off my map of interest, but I am always open to as many genres as possible being present on Sziget- the island is big enough for everyone to have their bit of well deserved entertainment.
The rest of the new names sounded a bit esoteric to me- there’s just too many bands out there these days and too little space in a lifetime to listen to people who are not Arctic Monkeys or ALT-J, so I decided to give them all a quick listen and come up with a first verdict as a result.
The Lumineers look like friendly local baristas and made me google The Courteneers, who are decidedly livelier, but the Lumineers should be able to pull off better heartfelt singalongs. I therefore pass them. Years and Yearssound like an average British electro act with a slightly squeaky lead singer, probably because that’s exactly what they are. Borderline, at best.
I then discovered that I do know Jess Glynne, for her song Hold My Hand is often played as youthful shopping music in H&Ms, which is exactly where she belongs. To the borderline pack she goes with Years and Years. K.I.Z. is the yearly compulsory German acquired taste, but at least the rapping puts my language skills to test, so I pass them on grounds both of intriguing oddity and first chorus that actually stays with me after the one listen.
The Neighbourhood sound exactly like another band I can’t quite put my finger on, mostly because I don’t want to, plus the writing your name as a consonant cluster gimmick is really tiring by now. However, as a reward for spelling the complete version of their name the right way I might consider them if no other options are available and the beer queue is not too long, but a fail for the time being. (The Youtube autoplay sensed my despair, and after a couple of Neighbourhood songs, promptly jumped to Arctic Monkeys. Big Brother is listening and has good musical taste.)
Datsik has a song that features Snoop Dogg, but it’s not half as good as Snoop narrating nature documentaries, and he drops the base about a million times too often. Either he plays clips of Snoop explaining the feeding habits of the honey badger, or I mercilessly fail him.
Kovacs and Rico and Sticks are Dutch, and since everyone who is not Belgian on Sziget is Dutch, it is most natural that the organizers would cater to their needs. Kovacs is a bit of a mind-bend for a Hungarian speaker, for she’s a young lady with a rather classical jazz voice, which could go anywhere in the long run, she therefore receives a pass on the already invoked oddity grounds. Rico and Sticks on the other hand rap in Dutch. And here I rest my case. There is only one band in the world who can rap efficiently in a language originating from the Netherlands, and they are Die Antwoord.
To end the post on a high, do revel in some Miles Kane and Alex Turner being awesome separately pictures, as a warm up to this summer’s Miles Kane and Alex Turner being awesome together action. 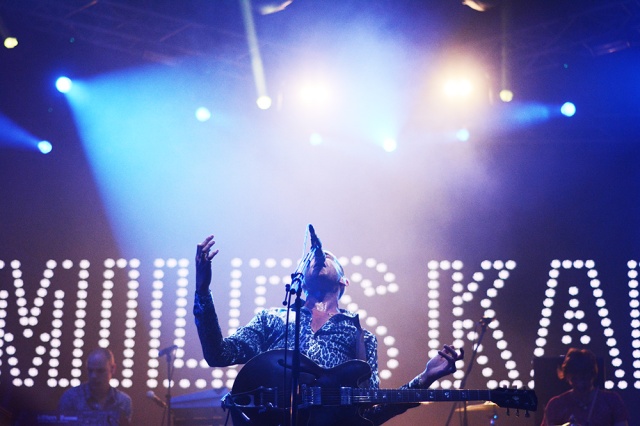 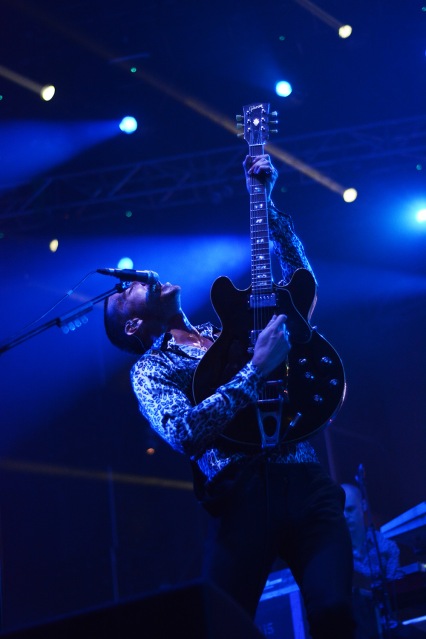 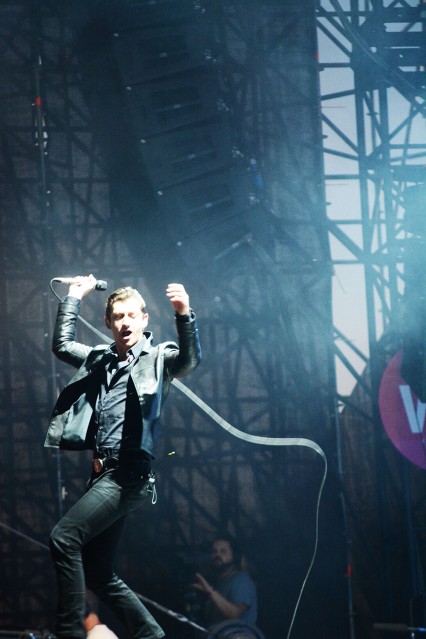 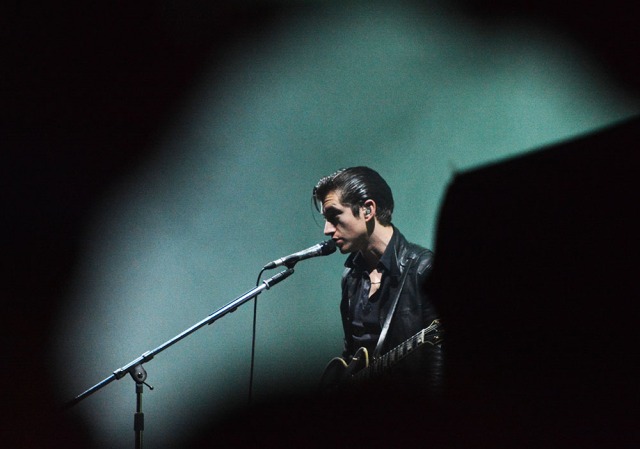