Skip to content
Last weekend Budapest Essentials turned two, kind of the festival version of ’that difficult second album’, and well, it was difficult. For a still small-ish and unestablished festival it’s bad enough if one headliner cancels, but Essentials had the misfortune of seeing both La Roux and Duke Dumont pull out in the last hours before their scheduled shows. La Roux was apparently hit on the head by a hotel window, the physics of which still eludes my imagination.
The luck of Essentials is that it’s not only about the music, or, better said, it’s mostly about other things, beyond the music. The idea is to have an urban festival, with different events staged in unusual locations (the Main Market Hall, the Zwack factory, Palatinus and Széchényi spa) combined with discounts to bars, restaurants and cultural institutions.  So for those complaining about the slightly chaotic nature of this second edition, I suggest the mental exercise of imagining the logistics behind organizing all that. And then the pesky hotel window also comes into the picture.

I confess to a tendency of skipping everything but the concerts- but not because the other events are not worth it, it’s just that throughout the years I have gotten to know pretty much all the places already. Yes, I am ancient yet curious. So I would say that for someone new(er) to the city, usually less adventurous, or for tourists who enjoy things other than beer bikes, it’s the perfect crash course into some sort of essence of the city, and by that, with glitches and all, Essentials can be called a success.
Now to my slice of the excitement, namely The Main Stage next to the Palatinus spa. My first thought as I saw it was that I’ve fallen into a black hole and been transported to one of the lesser Sziget stages circa 2000. The refreshment offer consisted of one type of beer and the food options were scarce, to say the least. Some revelers were hiding in corners with brands of beer that must have been smuggled in, and the afternoon act (Saverne?!) was met with generalized apathy.  While this might sound as criticism, it isn’t. Much as I love Sziget, I do sometimes feel it has grown into a behemoth, and I miss those innocent days when life was about idling about the stage with a beer in hand and waiting for whoever comes next, instead of perusing the programme to find which 5+ acts will be clashing tonight and where’s that cocktail bar that has the hypest drinks.
First up after Saverne were Blahaouisiana, who sounded pretty alright, but for some non apparent reason insisted that their relaxing sort of indie was to be danced to. It isn’t, and the moment they realize that might actually bring some sort of a breakthrough.

Austra came next, and whenever I see them play I can’t help but bow down to the entertaining randomness of their dress- the lead singer gingerly mixed peach, pink and a rather electric green, the guitarist donned a slightly crumpled white onesie that might have served him well as protective attire in an ice cream factory and the keyboard player showed up in a transparent netted cardigan. Their music is however the total opposite of random- while not as widely popular as they could be, their sound is probably pretty familiar and easy to identify to those into electronic/indie music. And it can also be danced to, occasionally, and dreamed to, on other occasions, so the more Austra in our our lives, the better. 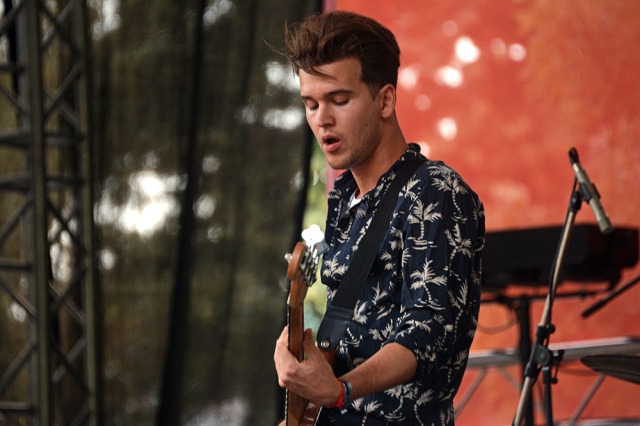 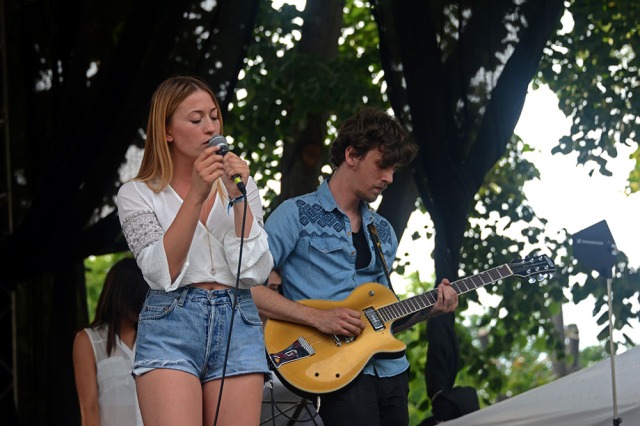 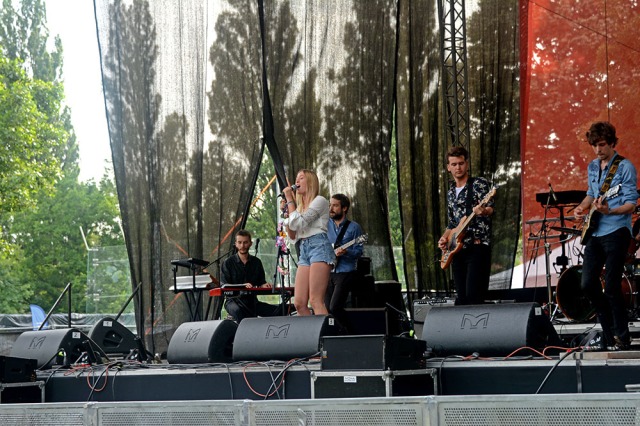 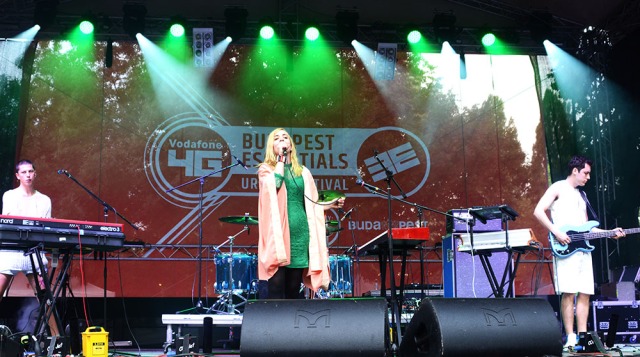 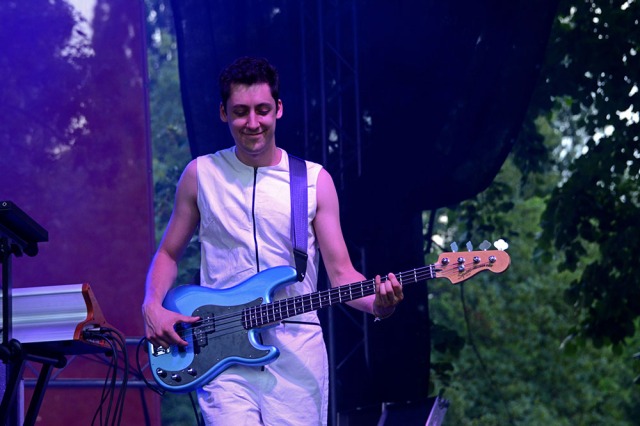 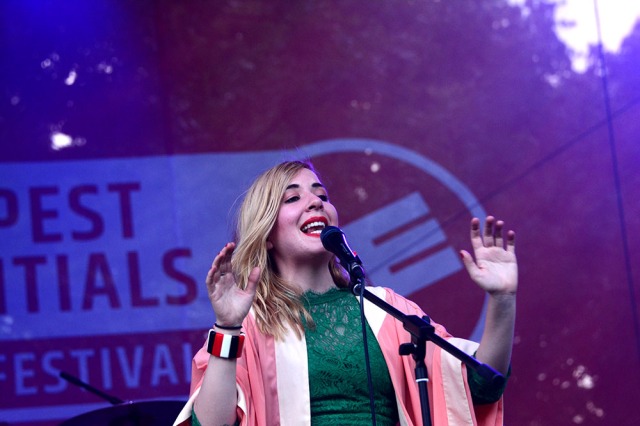 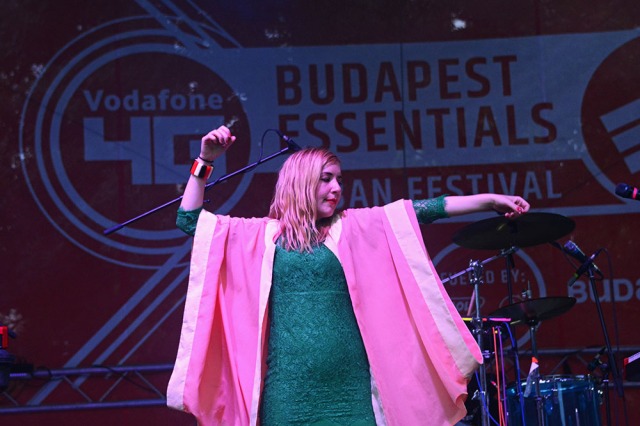