So this year’s Sziget ticked another box and duly had its rain day too- or as the Brits in attendance call it, fine summer festival weather, a tad humid but not too chilly.Which pretty much meant a downpour and people scurrying to the merchandise tents for some plastic sheet to wrap themselves in. The worst of it came, in rather unjust fashion, during the Mary PopKids gig: the band were worthy winners of the Nagyszinpad contest, in which several upcoming local bands competed for the public’s votes- the one with the most would end up playing the main stage of this summer’s major festivals. The fact that they managed to gather a rather large and raucous crowd despite a minor blitz monsoon comes to prove that they’re made of the good stuff and seem destined to stay on the scene.

Another efficient way to stay warm (and eventually dry out) during the rain was the Russkaya concert at the World village venue. Initial enthusiasm seemed to be fueled by the fact that the front rows of the crowd were covered by an extension of the stage’s roof, but it soon became evident that even the soggy ones at the back will not resist the infectious world music assault of the Austro-Russians (that does sound mildly unsettling, though).Their music isn’t particularly innovative but it sure is catchy and sports some festival-efficient gimmicks, which was probably the vital element given the present circumstances. By the time something called the psycho-tractor was implemented (well, people running around in circles) the rain had actually subsided and allowed for a dash to the Main stage for Bastille.

Although you kind of wish it did not, for Bastille were the first band this week who inspired in me a harsh cry of “what a load of utter crap”. They sound like a poorly executed mixture of genres they assume hipsters and teenage girls-and the random boy- aspiring to be hipsters would like. Even their logo looks like the doodle of an art school kid bored with her history class: lemme illustrate this storming of the something thingy, Bastille, here you go, with a TRIANGLE in it. The lead singer is also a tad uncertain as to whether he’s in an indie band, as his moves seem to be spastic jerks combined with some rap posturing, totally out of sync with his music, his (possible) style and the universe in general. You say Bastille, I say run, fast and furious, through the mud, to the closest stage with any random act on it. Marmosets juggling tomatoes- hell yeah, they would surely blow Bastille out of the water.

Lily Allen was up next- she’d been to Sziget before, in a very unlikely headline time slot, but was relegated to the more befitting late evening one this time around. Unlike her previous performance, which was constantly threatened by her voice completely deserting her when she most needed it, on this occasion her classic tunes sounded spot on. She even dabbled with some apparently feminist visual imagery- though baby bottles, twerking dancers and dangerously high heels sure add up to a confusing combo, even if you count the irony in. The minute problem, however, is that her new album is bad. Well, I was trying to be polite I guess. It’s atrocious, like someone who is not Lily Allen actually trying to be Lily Allen with disastrous results. So whenever she tore through one of the new bits, I had a Bastille like urge to run.

And to this urge I eventually listened-with spectacular results. Seeing and especially hearing Yasmine Hamdan is like being hit by the elemental power of nature- there is something eerie, totally absorbing and compelling in the way she plays music, and one of the very first thoughts that hit me was that this is actually the feminism Lily is looking for. It’s just that Yasmine is not trying to find it, she is contained within it- occasionally it’s not hard out there at all, occasionally someone comes along who makes it look all too easy, because she has a spark inside. It was this spark that inspired Jim Jarmusch when he chose Yasmine to play in Only Lovers Left Alive, and hats off to him for making her known to those willing to listen.

There was apparently some Macklemore and Some Other Person business going on on the main stage, but I say you need at least three good tunes to be a star, and they produced about fifteen seconds of that so far, therefore off I was for some trustworthy Bonobo- same of old, nothing out of this world, but he has three good tunes and sometimes that’s all it takes. Bonobo was followed by what I can only explain with a bout of severely infectious group insanity: Stromae is seemingly a flawless god of some sorts, and he even performs miracles, like crowding the whole of Belgium, about half of France and a French speaking Canadian region into one tiny Sziget tent. Truth be said, he has some fine tracks, worked out a neat little stage act and manages to be rather entertaining over the whole hour or so- but, for the love of Odin, there’s no reason to die in a sweltering tent, stuck to the sweaty back of a Fleming, for Stromae.

The united nations of Stromae having mercifully strutted off into the dark cool of the Sziget night, we were left to wait for Kavinsky. Who was late and left it late: his music is as good as French electro gets- and French electro being probably the best electro in the world, that says a lot. Nevertheless, he knew it and we knew it: we were all there for Nightcall, which, mean Frenchman that he is, he left for the closing section of the set. Which was actually a great choice after all- taking the urban train never felt as Ryan Gosling badass as when you have THAT tune stuck in your head. 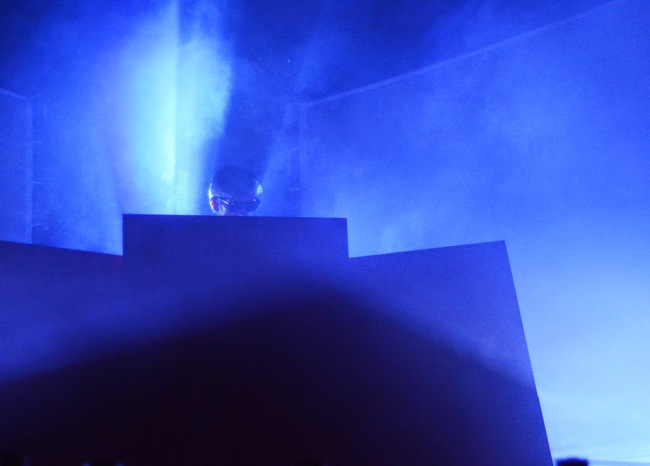 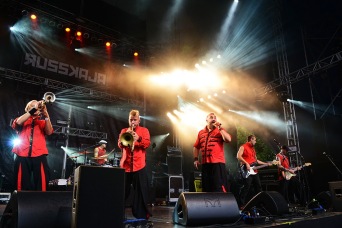 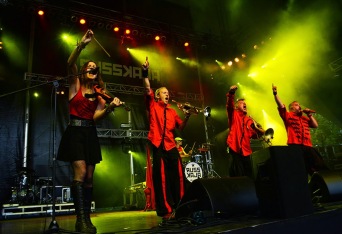 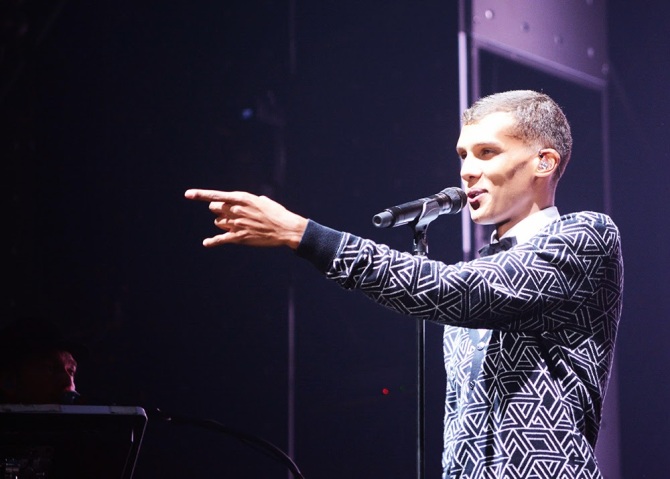 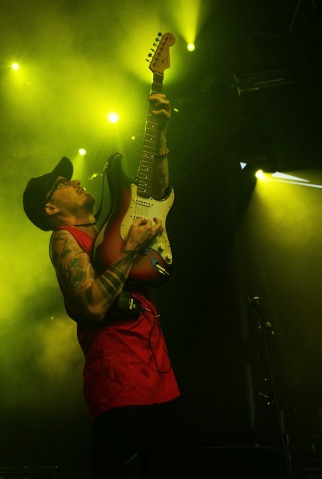 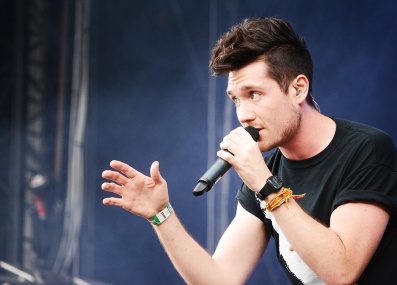 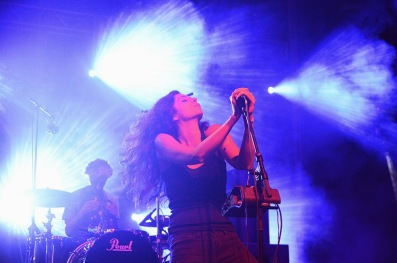 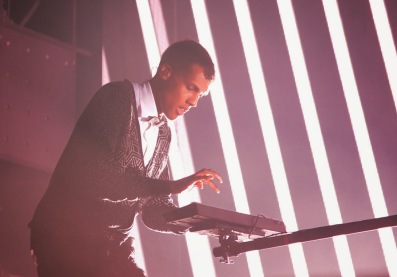 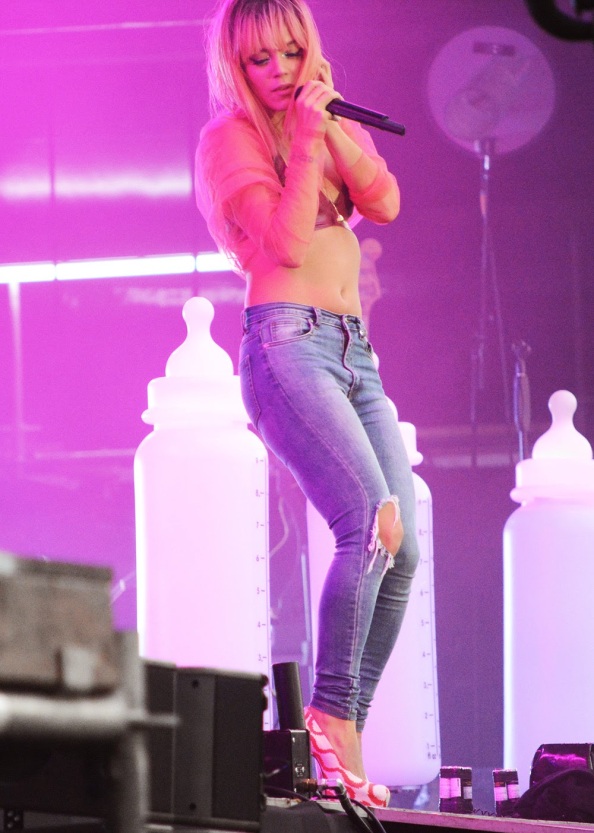 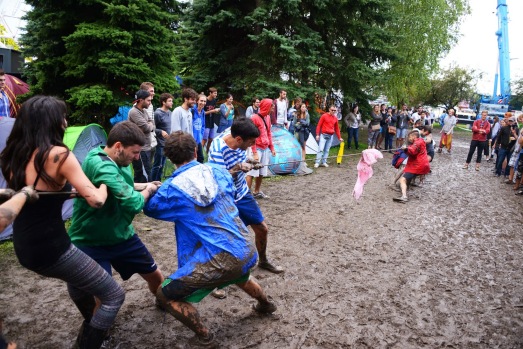 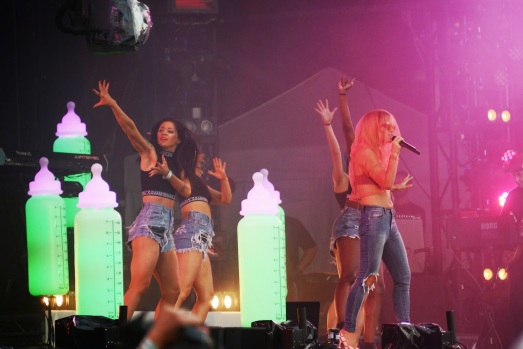 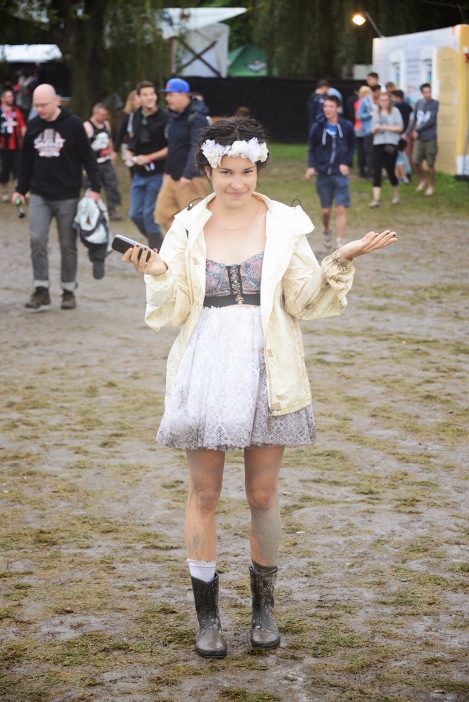 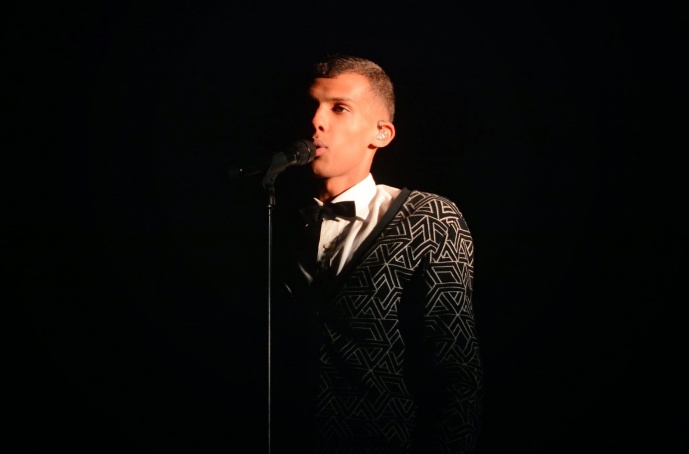 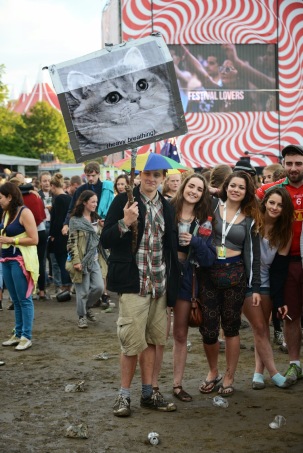 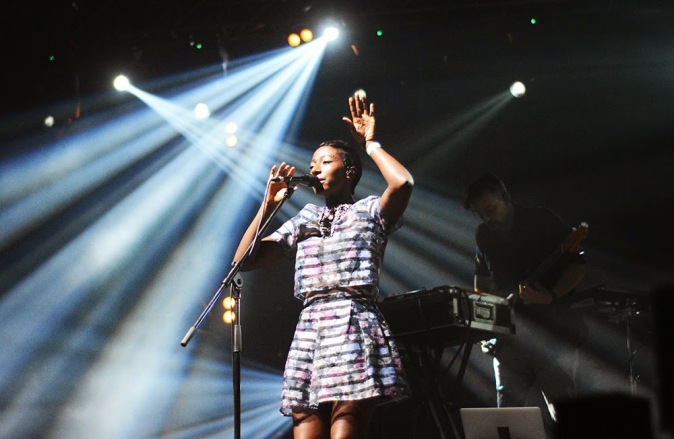 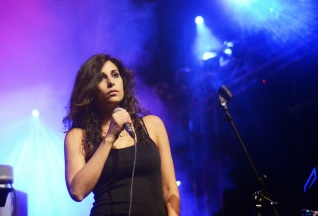 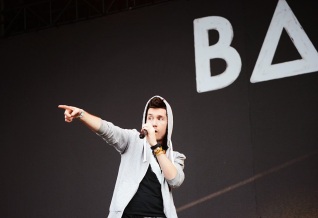 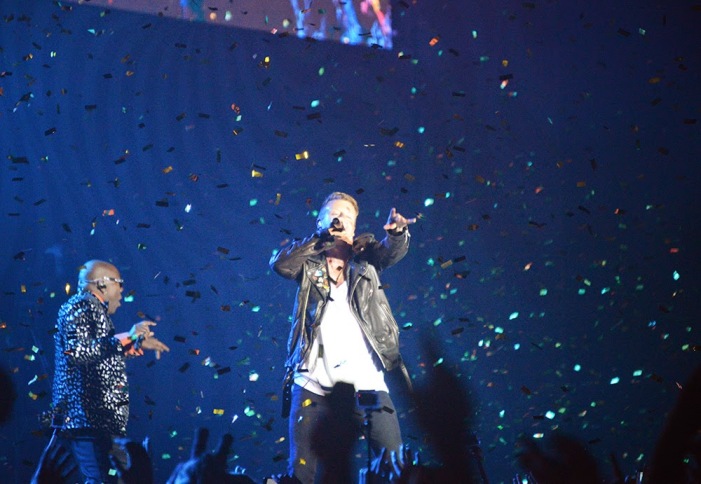 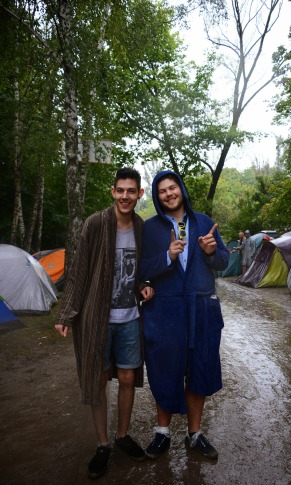 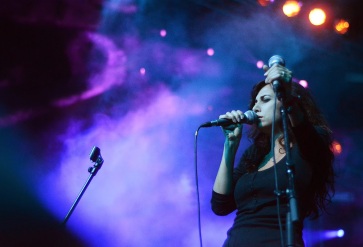 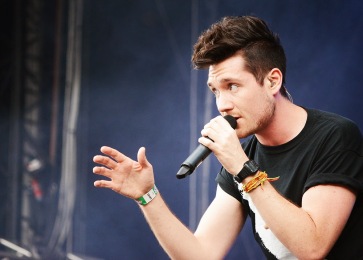 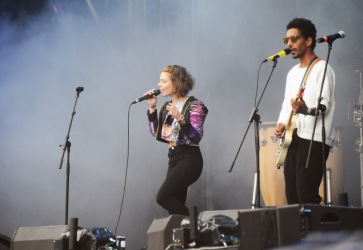 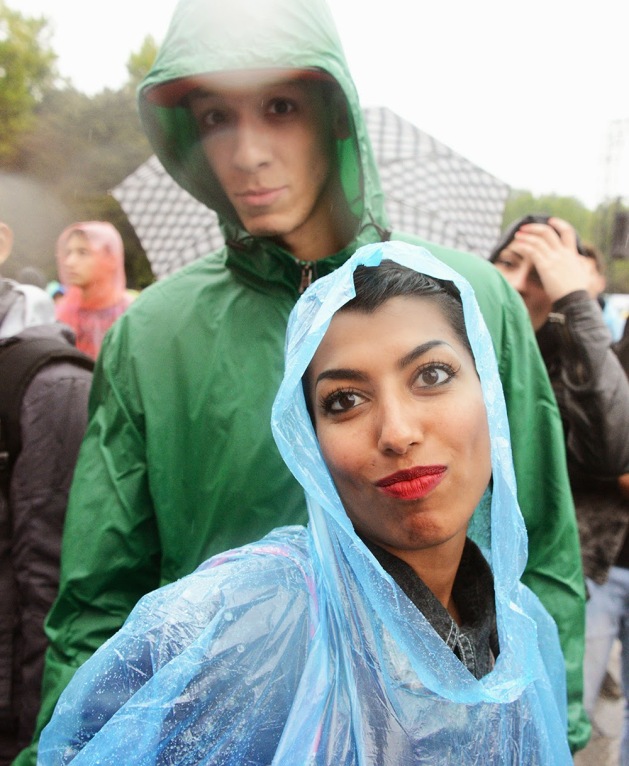 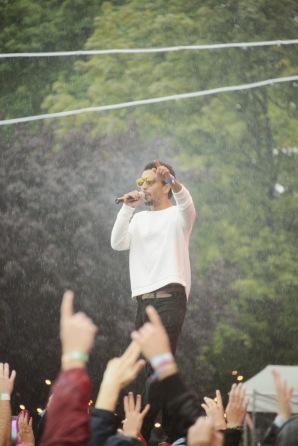 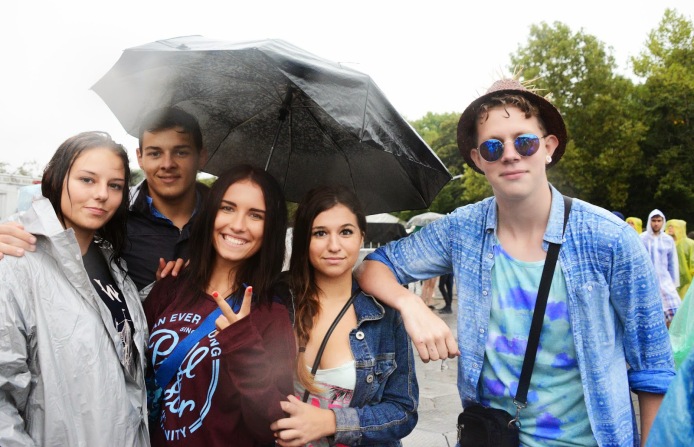